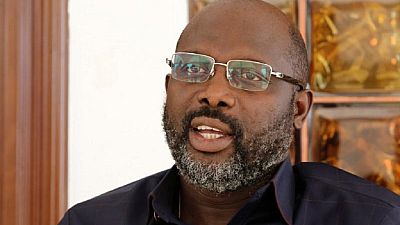 Liberia’s new president George Weah has appointed a new justice minister following media reports and criticism that the one he had originally chosen, Charles Gibson, had his lawyer’s licence revoked for embezzling a client’s money.

Gibson was one of the appointees named on a list of ministers released by the presidency a few hours after George Weah became president on January 22.

The nomination was met with criticism by the media and activists who pointed out that Gibson’s appointment in the sensitive justice docket would send a wrong message as far as rule of law and the fight against corruption are concerned.

The local press revealed that Gibson’s lawyer’s licence had been suspended by the Supreme Court for embezzling $25,000 from a client, which he had been ordered to repay.

His credentials were further damaged when it was revealed that he had ignored the Supreme Court order to repay his client until a week before his name surfaced on the nomination list of ministers.

President George #Weah’s Minister of Justice-designate, Cllr. Charles Gibson recently completed the payment of the client’s funds he misapplied and petitioned the Supreme Court to allow him resume active law practice again in #Liberia after being suspended #integrity #NewLiberia https://t.co/vVsnW1FCq3

While Gibson argued that he had been too broke to pay the money and seek the lifting the ban on his legal practice, many in the media and general public interpreted his actions as impunity and urged the senate which approves presidential nominees, not to confirm this particular appointment.

According to the Executive Mansion release, the decision to withdraw the nomination of the disgraced advocate as made on Feb 7, in an official communication to the Senate Pro-Temp, Hon. Albert Chie, and Justice Minister-designate Cllr. Charles Gibson.

Gibson will be replaced in the Ministry of Justice by Musa Dean, formerly a lawyer for the National Electoral Commission (NEC), who led the fight against allegations of electoral fraud made by George Weah’s opponent in the second round of the presidential election, Joseph Boakai.

As with the previous one, this new appointment must be approved by the Senate.

In his first government, the former football star nominated a majority of his party’s members, as well as close relations with outgoing president Ellen Johnson Sirleaf.

In his first weeks in office, Weah has issued financial directives capping expenditure by ministries and also announced a 25% cut in his remuneration.

The ex-football star has vowed to fight corruption and establish a pro-people governance system as he strives to deliver on the high expectations of the people of Liberia.

President George Weah lays out his agenda for Liberians