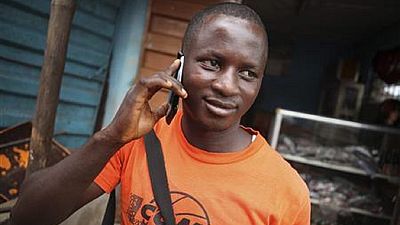 The Electronic Communications and Postal Regulatory Agency (ARPCE) in the Republic of Congo has recorded an upsurge in fraud involving missed calls in the country.

“For the past few months, a form of telephone fraud has been rampant in Congo, the Wangiri, also known as missed call fraud, ‘’ the ARPCE said.

Wangiri is a Japanese term meaning “ring and cut”.

For the past few months, a form of telephone fraud has been rampant in Congo, the Wangiri, also known as missed call fraud.

There are several variations of the scam, which has many victims around the world.

i was getting bombarded last month (I never answered the calls) but seems to have stopped now – Missed call phone scam still catching Australian mobile users off guard, ACCC sayshttps://t.co/yRX0aFFris

Missed call from Congo…I don't even know anyone from Congo

How the scam works

In some cases, victims receive a call that is interrupted after the first ring.

The display shows a missed call with an unknown phone number. By calling back this number, victims find themselves on a pay phone number and their telephone credit is debited.

Another variant of the scam is to send victims a text message asking them to call.

‘‘When doing so, they come across a premium rate number or a caller who will try to make the call last as long as possible and the costs can be exorbitant,” explains the Congolese regulator, who adds that several cases are increasingly being observed in Congo, and the Seychelles or Latvia dialing codes are most often used.

To guard against this, ARPCE advises subscribers not to call back numbers they don’t know.

‘‘If a caller is really trying to reach you, they will call you back or send you a message!’‘

The regulator urges subscribers in Congo to report calls that they find bizarre to their operator’s customer service by calling 121 for Airtel Congo Brazzaville and 123 for MTN Congo.

They can also contact the ARPCE Consumer Response Centre at 5050, a toll-free number for all operators.

Scammers typically get phone numbers of their potential victims from ‘information that users freely offer while signing up for applications and contests online’.

Scammers also sell contact details of all the people who call back, as they are thought to be susceptible to scams.