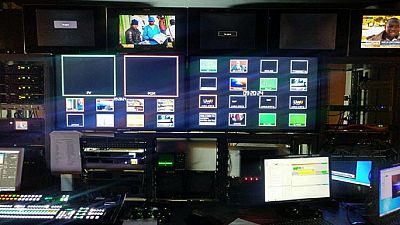 The showdown between the security agencies of the Kenyan government and the courts of law continues, even as some television stations have been switched back on.

NTV and KTN News TV stations are back on air on pay TV carriers including Dstv, Gotv and Zuku.

However, Citizen TV and Inooro TV are yet to have their signals restored.

‘‘We welcome the restoration of the broadcasting signals of NTV and KTN News but are asking why not restore Citizen TV and Inooro TV too as per the court order,’‘ said Martha Karua, a veteran politician in Kenya.

The government had defied a court order issued on Friday to halt the media shutdown that started seven days ago, when the affected stations broadcast live proceedings from the ‘inauguration’ ceremony of opposition leader Raila Odinga.

The media houses issued a statement saying they had been shut down for defying an order ‘not to broadcast’ an event that had been declared illegal and had indicated that the television statsions would only be allowed to operate after investigations are complete.

Meanwhile, the High Court has summoned the Inspector General of Police and the Director of Criminal Investigations to explain the failure to release opposition lawyer Miguna Miguna.

Miguna was arrested last week on Friday on grounds that he ‘confessed to having conducted the illegal oath’ and also declaring himself a ‘leader of the outlawed National Resistance Movement’, a resistance wing of the opposition National Super Alliance coalition.

On the same day he was arrested, High Court Judge James Wakiaga granted Miguna a Kshs 50,000 bond but the police have since failed to release him.

Justice Luka Kimaru today ruled that the police have acted unlawfully and asked the security bosses to appear in court on Tuesday at 9am EAT or release Miguna before the close of business on Monday.

The aftermath of Odinga’s illegal inauguration has seen government arrest three opposition leaders and shut down media houses even as the international community has condemned the act of ‘swearing in’.