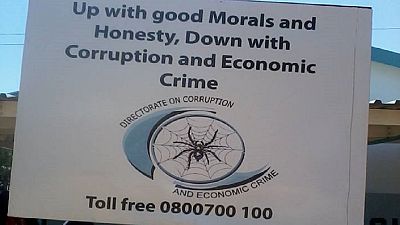 Corruption is a global scourge that different governments continue to find different ways of combating. Despite being a global problem, reports indicate that its adverse effects affect developing economies like Africa even more.

Across much of Africa, government efforts include enacting legislation and empowering state agencies to arrest and prosecute corruption cases.

The Botswana government is one such government encouraging citizens to report issues of corruption under a Whistle Blowing Act enacted by the parliament in 2016. The country’s anti-graft agency is called the Directorate on Corruption and Economic Crime.

“In its quest to encourage reporting crime, Parliament enacted the Whistle Blowing Act in 2016, to protect whistle blowers from victimisation and to encourage them to freely report without fear.

“Therefore the public is encouraged to report corruption to the Directorate on Corruption and Economic Crime,” the government said in a statement posted on Twitter.

They shared hotlines that persons with information could anonymously pass it on to relevant authorities.