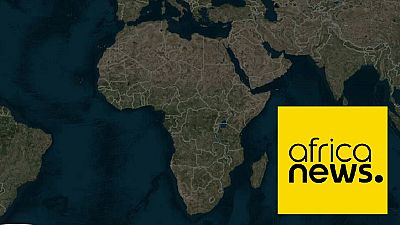 The “world” of business across Africa continued its up and down in 2017 with currency crisis, launch of mega infrastructure projects and visits by International Monetary Fund (IMF) teams to countries across the subregion.

At the continental level, the World Bank in its global economic prospect report stated that the Ethiopian economy was set to be the most expansive in Africa for the year 2017 to be followed by Tanzania, Ivory Coast and Senegal in that order.

“Ethiopia is forecast to expand by 8.3 percent in 2017, Tanzania by 7.2 percent, Ivory Coast by 6.8 percent, and Senegal by 6.7 percent, all helped by public investment. However, some countries need to contain debt accumulation and rebuild policy buffers,” the report cautioned.

Preceding that, the IMF had ranked the Ethiopian economy as the biggest in the East African region after beating Kenya according to available records.

IMF said Ethiopia’s annual economic output for 2017 was expected to hit $78 billion from $72 billion recorded last year. With a steady growth since 2015, the economy had grown at 10.8% putting a significant gap between them and Kenya. In monetary terms, Ethiopia has opened a gap of over $29 million over Kenya.

Two of Africa’s biggest economies hit by a recession managed to exit in 2017. Nigeria was the first to slide into recession in August 2017 before South Africa followed sometime last year. They both exited in September 2016 with the respective governments touting economic measures to that effect.

Over in Angola, the country’s capita Luanda was ranked the world’s most expensive capital for expatriates in 2017 according to an annual Mercer report. Luanda beat reigning champion Hong Kong and was the only African capital to make the top 10.

The country’s oil fields are the principal reason why its capital is expensive as most industry players are made to dish out huge sums for accommodation and other amenities. This is despite a slump in commodity prices in recent years.

The top 10 most expensive cities for expats are as follows:

Still staying in Angola, the change in the political helm came with it huge economic decisions by the newly installed Joao Lourenco government. In what is seen as a sign of stamping his authority, Lourenco has rang changes in the country’s oil sector.

Barely months into his reign, he fired Africa’s richest woman and daughter of his predecessor, Isabel dos Santos as head of the state oil firm, SONANGOL, replacing her with a former employee Isabel fired. Lourenco has made tough pronouncements on corruption.

Zimbabwe’s currency crisis continued unabated as the government went ahead to introduce bond notes despite stiff opposition. It, however, did little to ease the economic burden individuals and businesses faced.

Over in East Africa, Kenya became the second country to launch the Madaraka Express – Standard Gauge Railway – linking its port city of Mombasa to the capital Nairobi. Issues relating to ticketing came up strongly but the government agency assured it was working to resolve it.

The $3.8bn China-funded facility came barely a year after Ethiopia launched one linking Addis Ababa to neighbouring Djibouti. Ethiopia also completed test runs on its Addis – Djibouti line as it prepared to begin commercial operations – passenger and freight – on the route.

Our business news page has more details and stories

In late 2017, President Nguesso was also on hand to commission new cement factory by Africa’s richest man, a Aliko Dangote. The $300m facility is based in the capital Brazzaville. It is part of the expansion efforts of Dangote group’s continental footprints.

Across the Congolese border in Gabon, the country also a news port in October this year. The project is part of a plan to modernize the existing Port of Owendo located near the capital Libreville.

It took 18 months to complete at an estimated cost of $ 300 million. The port was constructed in partnership with Olam group from Singapore and will be partly managed by French logistics company, Bolloré.

Our final stop will be in West Africa where diamonds, solar energy and economic rebuilding dominated the business sphere. Sierra Leone finally sold a huge diamond discovered in early 2017 at a New York auction. The uncut diamond fetched the country $6.5m.

Burkina Faso as part of efforts aimed at boosting its power generation launched a solar project – reputed as the biggest across the sub region. Built at a cost of $56.7 million, the 55-hectare (approximately 135-acre) farm is expected to power tens of thousands of households in the country.

It was funded through donations from the European Union and a loan from AFD – France’s development agency. French President Emmanuel Macron who is on a regional visit joined Burkinabe president Roch Marc Kabore to launch the farm.

The Gambia finally got its political serenity back in full after Jammeh agreed to go into exile after 22 years. The new government set out to rebuild an economy that had according to its assessment been largely mismanaged and plundered by Jammeh’s unilateral decisions.

And we cannot forget that Senegal opened a new airport this year as it aims to become a subregional transport hub. The Blaise Diagne International Airport was officially opened on December 7 by President Macky Sall. He called it a “source of satisfaction and legitimate pride” for the country. It cost an estimated $600m and was built over a decade.