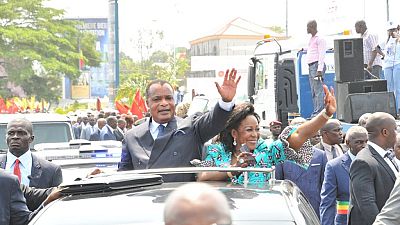 The Moho Nord field is located 75km off Pointe-Noire and is operated by Total E&P and its partners, Chevron and the national petroleum firm, Societe National des Petroles du Congo (SNPC).

According to local media portal ICI Brazza, the production from the Moho Nord is the third phase of the development of the major Moho Bilondo pole which is expected to enable Congo to produce over 280,000 barrels per day this year and to peak to over 350,000 barrels by next year.

Notwithstanding the difficult economic situation, the Republic of Congo must imperatively take control of its destiny.

‘‘Notwithstanding the difficult economic situation, the Republic of Congo must imperatively take control of its destiny. This increase in oil production should enable Congo to mitigate the falling oil prices and to plan for a better tomorrow,’‘ Minister of Petroleum, Jean-Marc Thystere Tchicaya is quoted to have said.

The presidential couple arrived in Pointe Noire on Sunday to pomp and pageantry by residents of the city. They were welcomed at the airport by top government officials and ordinary Congolese who lined the streets to greet them.

Records indicate that the newly opened oil fields which were discovered a decade ago is an investment of nearly $11 million dollars, the largest investment by Total on the African continent.

The CEO of total lauded all those who played diverse roles to make the launch a success whiles the political leader of Pointe Noire also described the project as one that was going to help solve the issue of youth unemployment.