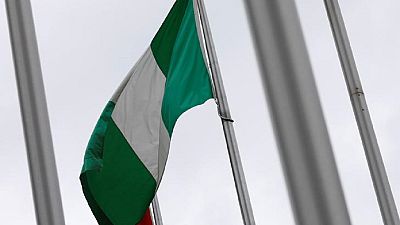 A female Professor of Language and Communication Arts at the Rivers State University of Education, Olufumilayo Adesanya-Davis, is aspiring to be president of Nigeria come the 2019 elections.

Speaking to journalists yesterday in Ilorin, the Kwara State capital on her aspiration, Adesanya-Davis said she had consulted widely before making her intention known.

“I am aspiring to be the next president of Nigeria. I am out to put laughter of joy on the mouth of all. I have discussed this with the former presidential candidate, Sarah Jubril, who incidentally is from Kwara State. Her reaction was that ‘if a miracle like this will ever happen, we have paid the price in Kwara State and it is going to happen in the state.’‘

I am aspiring to be the next president of Nigeria. I am out to put laughter of joy on the mouth of all. I have discussed this with the former presidential candidate

She said the decision to make the nomination forms free for women aspirants had boosted her interest.

“2015 was when I first thought about being a presidential aspirant. This is for the main reason that I was born October 15th and I got married at October 15th. That time I said with President Goodluck Jonathan in the Peoples Democratic Party (PDP), I was going to be his running mate. I was sending text messages to him. I told him to let Vice President Namadi Sambo step down for him to be successful but he did not listen to me.

“But delay is not denial. That is why I am staging a come-back. I have done some consultations. The first person to put a call through was Patience Jonathan. I told her that I am picking the presidential form this time around and she endorsed my decision.

Adesanya-Davis who is an evangelical pastor used the occasion to urge Nigerians to be patient with President Muhammadu Buhari, adding that the panacea to the current challenges in the country is in the hands of women.

“I will advise Nigerians to calm down for President Muhammadu Buhari. Also the man too is not sleeping. He is not resting. Age too is not on his side. We did all the mathematics and we saw it and opted for it. So that he had to travel for 100 days to take care of his health is not his fault. It is age and we said we believe in him.’‘

“Buhari’s governance had to take positive reminiscences to Goodluck Jonathan. An old man cannot combine minister for petroleum ministry with the presidency and it will work. We need them to work hard and get the technocrats to do their jobs again,” she said.

While declaring her ambitions as a presidential candidate, Adesanya-Davis added that she is yet to get a political party to endorse her candidature.

“However, we are still keeping the party under which place we will aspire under close wraps. Later on will be announcing that through the press. We don’t have a platform yet. We are just saying that officially, this is a presidential aspirant for 2019 and later we will take it to the next level.’‘

Reaction to the announcement on social media was mildly enthusiastic.

Olufunmilayo is a Professor of Divinity (Honoris Causa) of the Northwestern Christian University, Florida. She holds a Doctor of Philosophy in Applied Linguistics and Communication Studies.

Adesanya-Davies officially joined politics as an ardent member of the ACCORD Party in Kwara State. She has remained there for years, until she joined PDP.

According to her, she has a good relationship with ex President Goodluck Jonathan. She is quoted as saying Goodluck Jonathan refused to dump his running mate Namadi Sambo in her stead, despite several several text messages to his number.