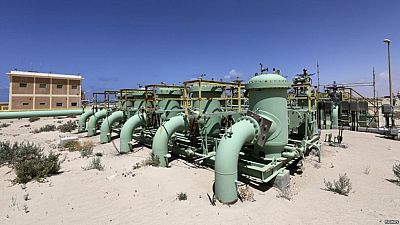 Repairs were carried out on Saturday on a Libyan oil pipeline badly damaged by an explosion four days earlier, an engineer said.

The explosion on Tuesday about 130 km (80 miles) south of the Es Sider terminal, reducing output by an estimated 70,000-100,000 barrels per day (bpd), according to the National Oil Corporation (NOC).

A picture sent to Reuters by the engineer, who asked not to be named because he was not authorised to speak to the media, showed workers attending to a stretch of exposed pipeline. Other photos posted online showed a new section of pipe being lowered into the ground by a digger.

The work on Saturday would be followed by testing, the engineer said. It was not clear how long it would take for production to be restored.

Waha Oil Co, which operates the pipeline, has described the cause of the explosion as a “terrorist attack”, without giving details.