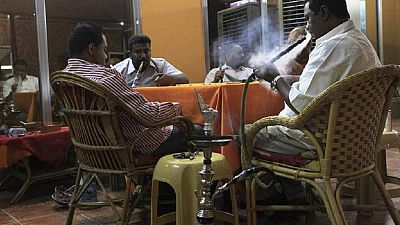 Kenya has placed a total ban on the consumption and use of water-pipe tobacco popularly known as ‘shisha,’ citing the health hazards associated with it.

The Cabinet Secretary for Health, Cloepa Mailu, in accordance with the Public Health Act subsequently banned the product across the national territory.

According to the statement issued on December 28, “No person shall import, manufacture, sell, offer to sale, use, advertise, promote or distribute Shisha in Kenya”.

Kenya joins Rwanda which two weeks ago placed a similar ban pursuant to a World Health Organization advisory note. The first East African country to ban shisha was Tanzania in 2016.

According to the World Health Organization, WHO; the smoke inhaled in a typical one hour shisha smoking session is equal to inhaling smoke from as many as 100 sticks of cigarette.

Traditionally shisha tobacco contains cigarette tobacco, so like cigarettes it contains nicotine, tar, carbon monoxide and heavy metals, such as arsenic and lead.

As a result, shisha smokers are at risk of the same kinds of diseases as cigarette smokers, such as heart disease, cancer, respiratory disease and problems during pregnancy.