'Somali refugees are not being coerced to go home' - U.N

Somali refugees in Kenya are free to choose whether to go home, a top United Nations official said on Tuesday, despite many families saying debts accumulated to feed their children after cuts in rations are forcing them to return to a war zone.

Visiting Dadaab refugee camp in northern Kenya, U.N. High Commissioner for Refugees Filippo Grandi told refugees that repatriation was their decision and said the parallel social system running in the camp for more than 25 years could be improved.

“Don’t give up on Dadaab (Refugee Camp) now. This camp, the population, the people of this camp continue to need help even if there are some possibilities of repatriation. Many people don’t want to take those opportunities now, they should be free not to take this opportunities and to continue to be protected and assisted here.”

There was not enough food. Many families (going back) have debts.

The United Nations said Dadaab suffered because it has been receiving Somalis for more than 25 years. Donors are focused on new conflicts like Syria and South Sudan that are fuelling the world’s worst refugee crisis since World War Two.

“All the attention goes to new crises,” U.N. High Commissioner for Refugees (UNHCR) Filippo Grandi said as he visited visiting Dadaab on Tuesday. He told refugees that repatriation is their decision.

When the food rations were introduced, refugees resorted to getting supplies from traders on credit. The debt have since accumulated and the ‘return assistance’ of up to $150 per family member offers a nearly ‘irresistible’ means of paying off debt.

“There was not enough food,” said Kahtra Nour Hassan. “Many families (going back) have debts.” Hassan has lived in Dadaab since fleeing her hometown of Kismayo in 2010 after being widowed twice by Somali gunmen.

The 40-year-old will use part of the money from the U.N. Voluntary Repatriation Programme to pay debts of 40,000 Kenyan shillings ($400) to shopkeepers.

The United Nations launched the repatriation programme in December 2014 under pressure from Kenyan authorities, who threatened to close the camp in 2016. Since the programme began, nearly 75,000 Somalis have left Dadaab, including 32,000 this year.

On Sunday, the Washington Post published extensive interviews with families who said debts were driving them home.

‘‘Somalia is now fairly peaceful… We don’t think it’s a war zone. If it was, why would they be going?”

The U.N.‘s Grandi says the returning refugees are free to change their mind on repatriation.

Parts of Somalia, like Kismayo, have become more stable since regional administrations emerged in the last five years and African Union peacekeepers clawed back territory from Islamist al Shabaab insurgents.

But parts of southern and central Somalia remain under the sway of insurgents, who are also mounting larger and more deadly bomb attacks in the Somali capital. One bomb killed more than 500 people in Mogadishu in October.

The United Nations says more than 2,000 civilians have been killed in Somalia since 2016, mostly by al Shabaab. Drought has also ravaged the Horn of Africa nation, leaving more than half of the 12 million population dependent on aid. 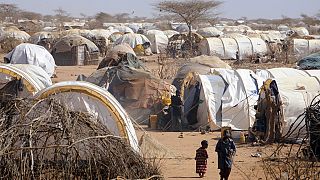 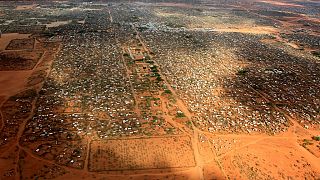 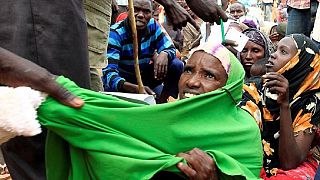