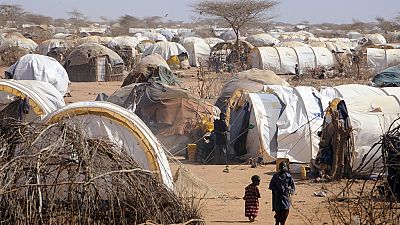 <p>The U.N. World Food Programme is cutting food rations by 30 percent for more than 400,000 refugees living in camps in Kenya due to insufficient funding, it said on Monday.</p> <p>Dadaab and Kakuma camps in Kenya are primarily home to refugees from neighbouring Somalia and South Sudan, both ravaged by wars that have forced millions of people to flee.</p> <p>The World Food Programme said it needed $28.5 million to cover the food assistance needs of the 420,000 refugees living in the camps for the next six months.</p> <p>“An abrupt halt to food assistance would be devastating for the refugees, most of whom rely fully on <span class="caps">WFP</span> for their daily meals,” said Annalisa Conte, the top <span class="caps">WFP</span> official in Kenya.</p> <p>The funding shortfall comes six months after the United Nations warned that the world was facing its greatest humanitarian disaster since World War Two because of the threat of famine in South Sudan, Somalia, Nigeria and Yemen. It said in March that 20 million people risked starvation in what it called largely man-made hunger crises in addition to drought.</p> <p>The Famine Early Warning Systems Network said in a report last month that risk of famine persists in parts of Somalia due to the extended drought and disease outbreaks.</p> <p><strong><em>Reuters</em></strong></p>