A spokesperson for the Gadaffi family has said that Saif al-Islam Gadaffi, the son of the former Libyan leader will contest in the upcoming presidential elections.

Basem al-Hashimi al-Soul told the influential local media agency, Egypt Today, that Saif al-Islam has the support and credentials required to end the chaos that has gripped Libya since the overthrow of his father Muammar Gadaffi in 2011.

“Saif al-Islam Gaddafi, the son of the former Libyan president, enjoys the support of major tribes in Libya so he can run for the upcoming presidential elections due in 2018,” said Libyan Tribal Chief and spokesperson of the Gaddafi family, Basem al-Hashimi al-Soul

Saif al-Islam Gaddafi, the son of the former Libyan president, enjoys the support of major tribes in Libya so he can run for the upcoming presidential elections due in 2018

Al-Soul says that a platform to launch the former first son’s presidential campaign will soon be launched.

“The platform includes some procedures that Saif al-Islam hopes the United Nations would adopt to help Libya move from the incumbent transitional period to stability.”

Saif al-Islam Gadaffi hopes to unify the factions and restore peace and stability in the country that was once prosperous under his father’s rule.

“Saif al-Islam plans to impose more security and stability in accordance with the Libyan geography and in coordination with all Libyan factions,” al-Soul manifested.

This development follows the weekend announcement by the Eastern Libyan military commander, Khalifa Haftar, that he ‘would listen to the will of the free Libyan people’, interpreted as an indication that he might run in next year’s elections.

The United Nations backed Libyan Government of National Accord (GNA) has indicated that elections may be held in mid-2018.

“We believe that presidential elections will be held in the middle of 2018,” Mohamed Siala, GNA foreign minister, speaking to foreign reporters at the Valdai Panel Discussion in Russia.

Saif Al-Islam was released in June this year after six years of captivity by a militia group in the Libyan town of Zintan.

He had been captured in November 2011 after the fall of his father’s regime, and he was subsequently sentenced to death in absentia by a court in Tripoli.

Following his release, the International Criminal Court ordered for his arrest and surrender, which was backed by the GNA.

The United Nations is supporting the voter registration process as it seeks to reconcile rival factions and relaunch a political transition that would lead to new polls.

The UN Libya mission has previously said it hopes elections can be held by the end of next year, but has also acknowledged complex security, political and legislative challenges to organising a vote.

Libya last held elections in 2014 but the results were disputed, deepening divisions that emerged after the country’s 2011 uprising.

The poll led to an escalation of armed conflict and to rival parliaments and governments being set up in the capital and the east. 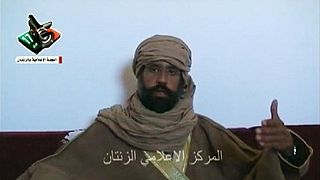 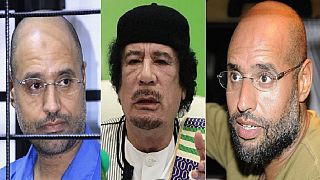