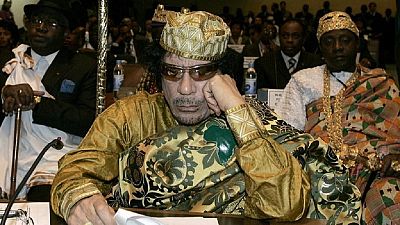 October 20, 2011 was the day on which longtime Libyan leader, Muammar Gaddafi, was deposed. Six years on, news about the north African country has been a mixture of chaos and anarchy despite global efforts to put it back on track.

Six years after he was captured and killed in his home town of Sirte, we look at some highlights of his reign and present a dozen pictures that chronicle his time as leader of Libya.

Local rebel groups were aided by western forces, specifically, the North Atlantic Treaty Organization (NATO) to overthrow the man who had ruled Libya for close to five decades.

Today, Libya is split between rivals governments ruling different parts of the oil rich country. Insurgent group ISIS until recently had seized parts of Sirte only driven out by a government fightback.

‘‘We are in a period that is much worse than the last, and Libya is threatened with extinction,” said one resident in 2016.

“After the previous regime fell, we hoped that with the will of God, things would be better because we expect a lot from our country.

“We hope that those who love their country will unite for reconciliation, to create national reconciliation. It’s the only way for the country to be built, God willing,” said another resident.

Our top 12 photos on Gaddafi 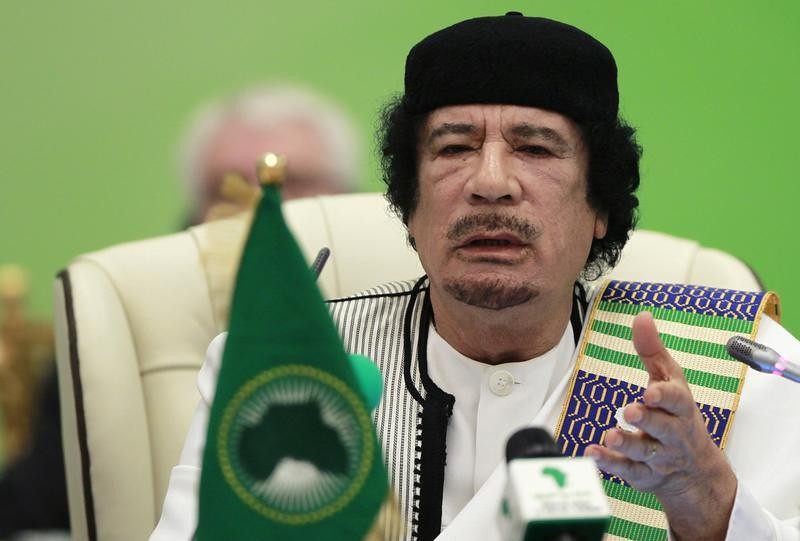 Libya’s leader Muammar Gaddafi delivers a speech at the start of the third European Union-Africa summit in Tripoli November 29, 2010. 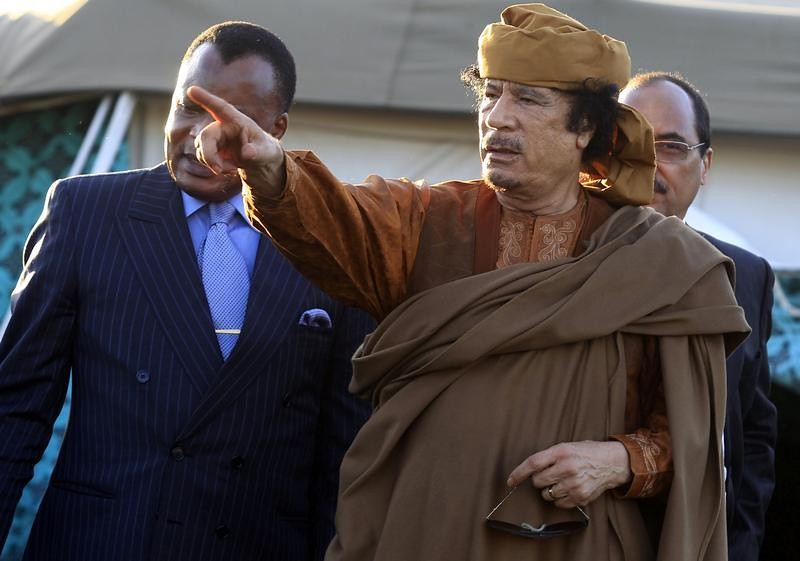 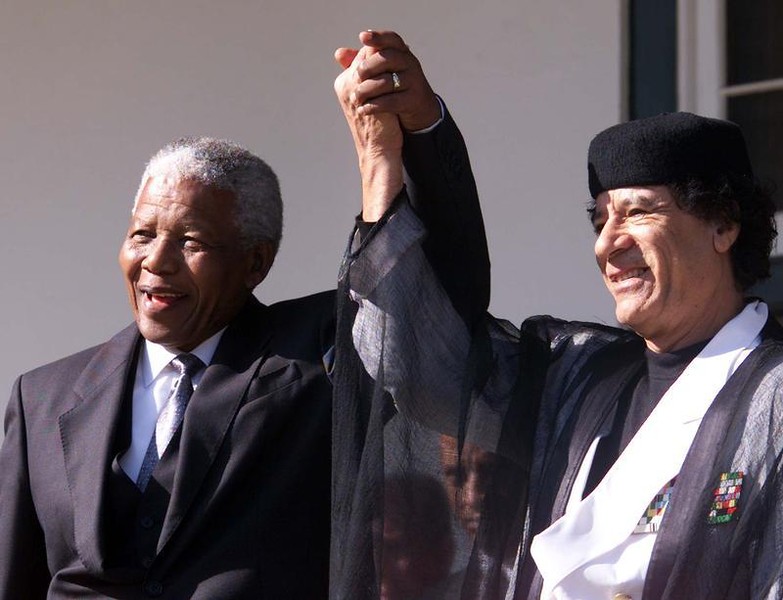 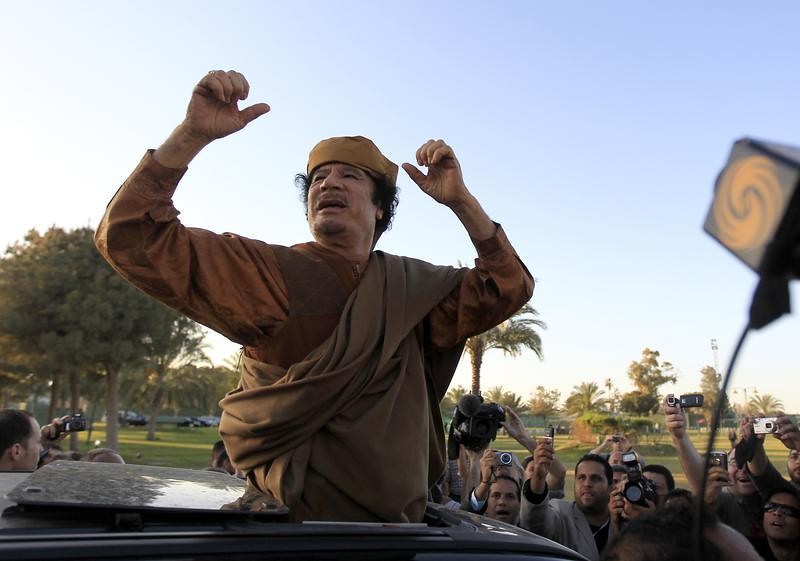 Libyan leader Muammar Gaddafi cheers his supporters, as he is surrounded by members of the media, after a meeting with a delegation of five African leaders at his Bab al-Aziziyah compound in Tripoli April 10, 2011. 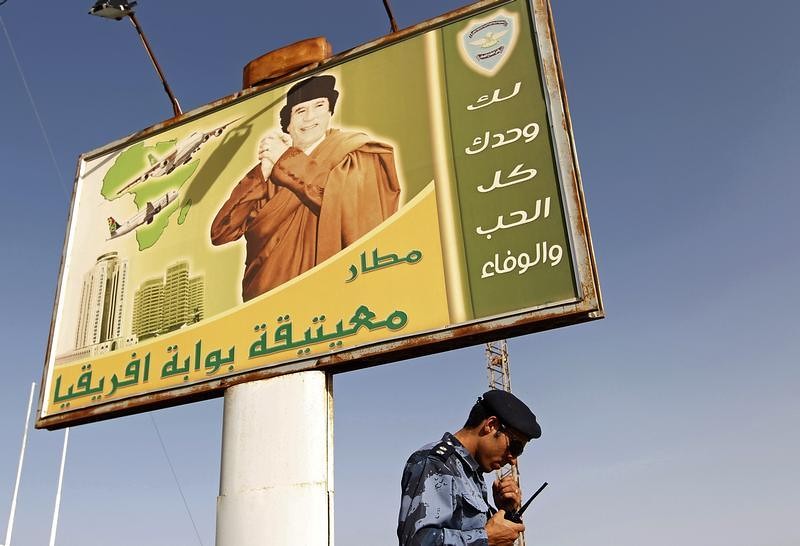 A Libyan policeman stands guard under a portrait of Libya’s leader Muammar Gaddafi at Tripoli’s military airport November 28, 2010. Libya will host the third European Union-Africa summit on November 29 and 30. 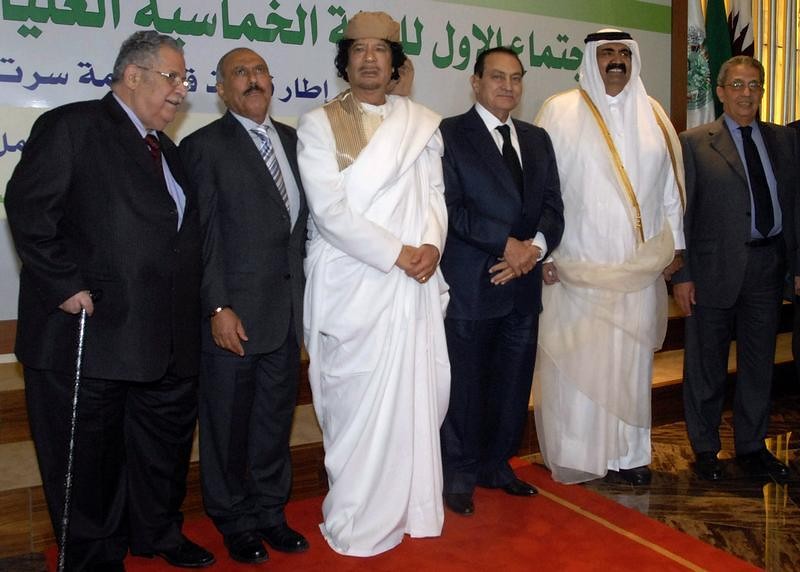 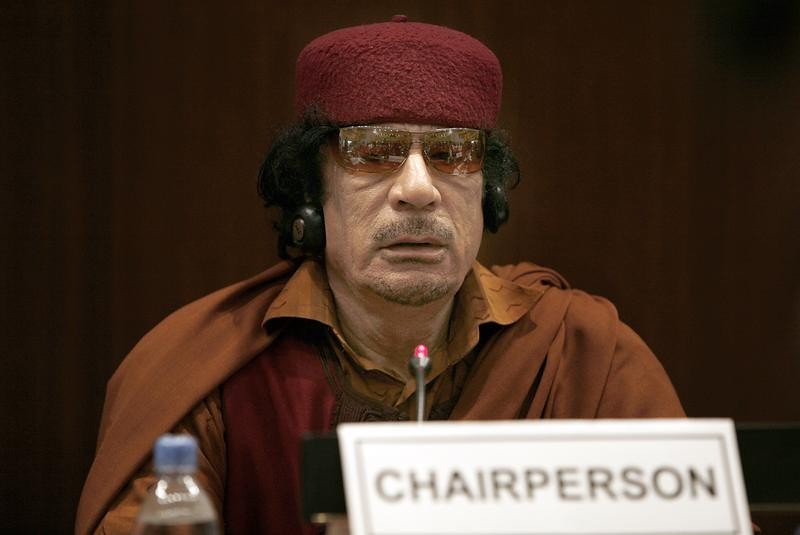 Libyan President and new chairman of the African Union Muammar Gaddafi speaks to the media after the closing ceremony of the 12th African Union summit at the United Nations Headquarters in Addis Ababa February 4, 2009 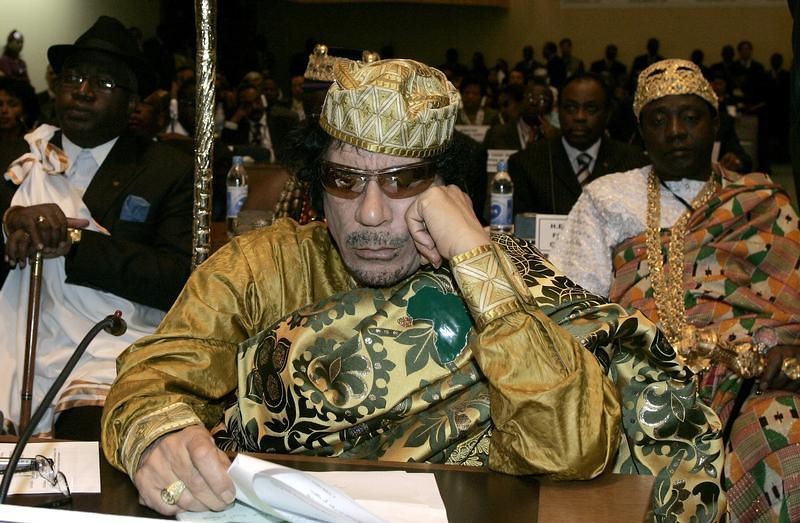 Libyan leader and the new chairman of the African Union, Muammar Gaddafi, listens in during the opening session of the 12th African Union Summit in Ethiopia’s capital Addis Ababa, February 2, 2009. 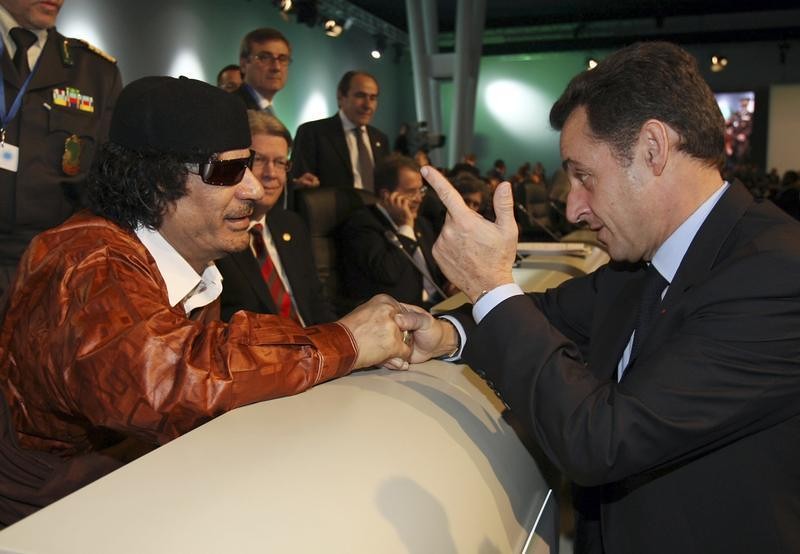 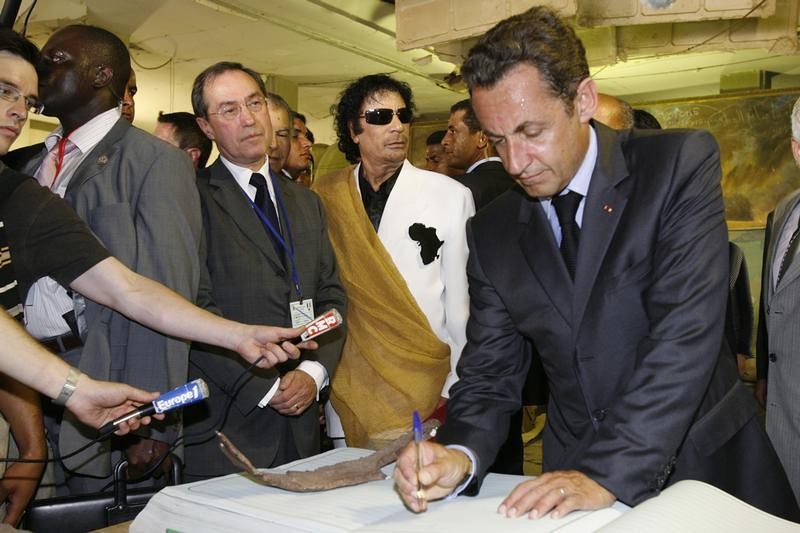 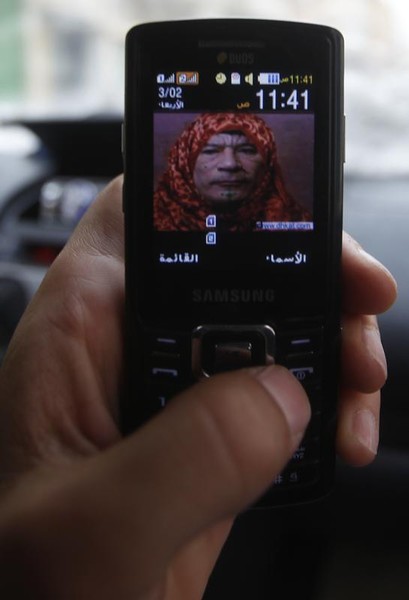 A man shows a picture of Libyan leader Muammar Gaddafi in his mobile in Benghazi March 4, 2011. 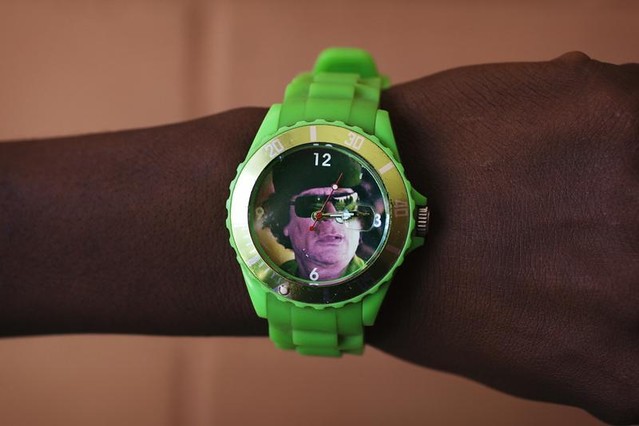 A man shows a picture of deposed Libyan leader Muammar Gaddafi in his wrist watch.

Address to US Academics, March 2006

“Libya is an African country. May Allah help the Arabs and keep them away from us. We don’t want anything to do with them.“

“I am an international leader, the dean of the Arab rulers, the king of kings of Africa and the imam of Muslims, and my international status does not allow me to descend to a lower level.“

“Freedom of expression is the right of every natural person, even if a person chooses to behave irrationally, to express his or her insanity.”

“Women, like men, are human beings. This is an incontestable truth… Women are different from men in form because they are females, just as all females in the kingdom of plants and animals differ from the male of their species… According to gynaecologists women, unlike men, menstruate each month… Since men cannot be impregnated they do not experience the ailments that women do.”

Both excerpts from the Green Book

All photos: Courtesy of Reuters Pictures