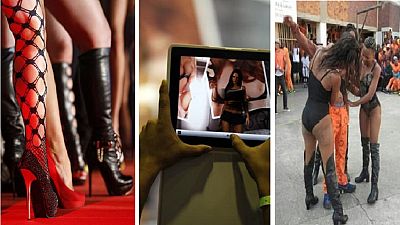 In every news year, amid the main headlines in politics, sports, tech and business not forgetting protests and terrorist attacks, there is the type of news that could at best be classed as ‘weird.’

These news items are typically those that end up lighting up social media with people differing over their propriety or otherwise. 2017 had quite a handful of such.

Out of the lot, we have picked three as part of our 2017 Review. Two in West Africa and one in Southern Africa. The West African ‘twins’ have a deep religious leaning whiles over in South Africa, it had to do with entertainment.

In mid February this year, Guineans took to social media to lambaste organizers of this years Miss Guinea pageant leading to a suspension of the event by the government – a partner in the program.

The sticking point was the parading of the contestants in swimwear and that was the main reason that a section of the conservative populace came out gun blazing. They saw it as an affront to their religions and culture.

For now, the Ministry of Culture, has suspended its partnership “until further notice”. Minister Siaka Barry is also reported to have said organizers were to draw a code of ethics for the event moving forward and organizations had been banned form participating until such a time.

Committee Miss Guinea (COMIGUI), said the debate was misplaced and people were being unfair to them. Its spokesperson Marouane Diallo, said people were only acting in bad faith. “This is the 9th edition of the contest but every time the girls are in swimsuit like everywhere in the world.”

How swimwear outrage led to suspension of pageant

Over in Senegal, authorities ordered an Islamic channel to explain how they showed half an hour of pornography in the middle of the day.

In a statement, Touba TV denounced what it called “a criminal act by people with a hidden agenda.” It gave no further details on the criminals or how they got access to its broadcasting unit.

And official of the Senegalese media watchdog, CNRA, told Reuters: “We have asked Touba TV how this unacceptable mistake could happen for almost 30 minutes,” an official told Reuters.

The Department of Correctional Services (DCS) also said 13 officials were to be served with letters of contemplation of suspension following the incident it described as ‘‘explicit entertainment’‘ at the Johannesburg Correctional Centre.

South Africans, however, took to Twitter to react to the incident with most of them poking fun at the authorities for allowing such an incident to take place. Others are worried that the images managed to come out despite the facility being a high security area. 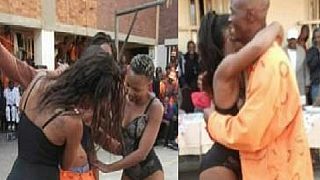 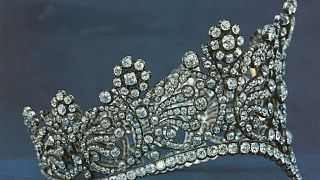 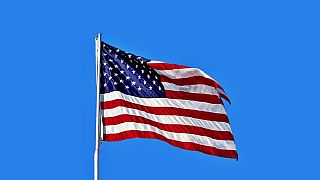