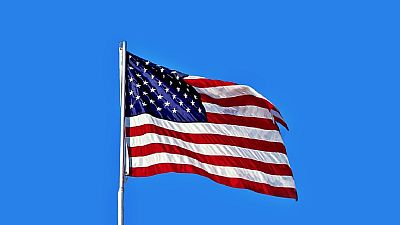 The United States (US) Department of State has reported the closure of a fake US embassy in Ghana’s capital, Accra. The embassy had operated for a decade and had managed to issue genuine visas to applicants.

Unlike the main embassy located in Accra’s plush Cantonment area with its high walls and heavy security, the fake premises was a single storey building that looked dilapidated from the exterior but it flew the American Flag.

‘‘Inside hung a photo of President Barack Obama, and signs indicated that you were in the U.S. Embassy in Ghana. However, you were not. This embassy was a sham,’‘ the Department of State said. They operated thrice each week – Monday, Tuesday and Frida – between 7:30am and 12:00 pm.

Who were behind it?

According to the US government, the fake embassy was operated by figures from both Ghanaian and Turkish organized crime rings. They were assisted by a Ghanaian attorney practicing immigration and criminal law. The “consular officers” were Turkish citizens who spoke English and Dutch.

What were their ‘‘capabilities’‘?

All of the documentation they issued were through fraud. ‘‘For about a decade it operated unhindered; the criminals running the operation were able to pay off corrupt officials to look the other way, as well as obtain legitimate blank documents to be doctored,’‘ the US said.

Some of the services the embassy provided for customers included:

The investigation identified that aside the office building, they used two satellite locations (a dress shop and an apartment building).

The fake embassy did not accept walk-in visa appointments; instead, they drove to the most remote parts of West Africa to find customers. They would shuttle the customers to Accra, and rent them a room at a hotel nearby.

The Ghanaian organized crime ring would shuttle the victims to and from the fake embassies. Locating the document vendor within the group led investigators to uncover the satellite locations and key players.

The sham embassy advertised their services through fliers and billboards to cultivate customers from Ghana, Cote d’Ivoire, and Togo.

The investigation was under the banner of ‘‘Operation Spartan Vanguard’‘ which was developed by security apparatus at the US Embassy in Accra mainly to address trafficking and fraud plaguing the Embassy and the region at large.

The investigations took an international task force composed of the US Embassy, The Ghana Police Service, as well as the Ghana Detective Bureau, Ghana SWAT, and officials from the Canadian Embassy, details of their work has been forwarded to INTERPOL.

Aside the arrest of suspects, the task force during their raids, collected evidence that included a laptop computer; cell smart phones; 150 passports from 10 countries; legitimate and counterfeit visas from the U.S., the Schengen zone, India, and South Africa; and counterfeit identity documents.

The US said investigations were still ongoing especially in respect of the Turkish organized crime gang as they aim to get to the bottom of the scam.