Former Zimbabwean president Robert Mugabe has left the country to Singapore. Reports indicate that the 93-year-old is taking his annual holidays.

A section of the media also reports that he will have a routine medical checkup whiles away. It is the first time he has left the country since his resignation in November after being leader for 37 years.

A media outfit reports that the entire Mugabe family including wife Grace and children Bona, Robert Junior and Chatunga are all part of the trip. The sons are said to have returned from South Africa to join the Singapore trip.

Mugabe's two sons are back in Zimbabwe

=>Mugabe family expected to leave Zimbabwe for their yearly holiday

The army took over the reigns of government in what it said was a bid to deal with criminals around Mugabe and persons who had brought economic hardship onto the citizens.

Despite holding out for over a week of intense pressure to step down – a combination of mass protests supported by the army, a recall by the ruling party and parliamentary impeachment process meant Mugabe was left with the resignation option or being forced out.

His resignation notice to parliament was met by cheers in the chamber as Zimbabweans at home and abroad celebrated.

Mugabe during his time in office flew to Singapore to seek medical treatment for eye cataract, according to government. Opposition elements have, however, alleged that the leaders suffered from a more acute ailment. 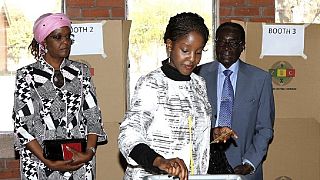 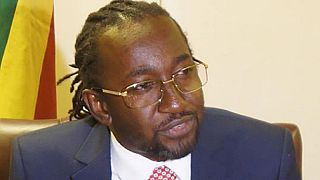 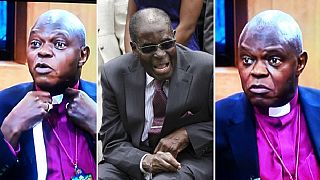