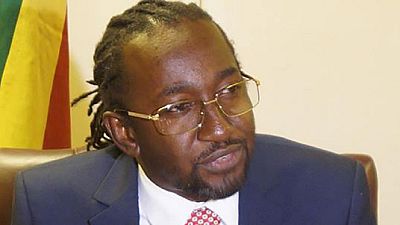 Former Zimbabwe president Robert Mugabe’s nephews Patrick Zhuwao, says that he will return to Zimbabwe only if his security is guarantee. Zhuwao claimed that he ran away from Zimbabwe during the military coup fearing for his life after Mugabe’s close allies were being arrested and dragged to courts to face prosecution.

“When one looks at attacks launched on my farm and farm workers who were frog-marched and severely beaten just for working for me, it is enough evidence that my safety is not guaranteed,” Zhuwao told the private Standard newspaper in a phone interview from South Africa.

People can say I ran away, yes I did. It’s better than to wait to be killed

“People can say I ran away, yes I did. It’s better than to wait to be killed,” Zhuwawo was quoted as saying.

Zhuwao said he had no regrets serving under the 93-year-old ruler who was forced to resign by the military on November 21.

“I am proud to have served under President Robert Mugabe,” he said in an interview from South Africa at an undisclosed location.

“I was loyal to him during his tenure as president and I even today I am still loyal to him, much than loyalty I could have exhibited as his nephew,” Zhuwao added.

“From a personal point of view, I am grateful to those who stood by Mugabe.

“My political life existed for the duration of President Mugabe’s tenure.

Meanwhile, Zhuwao claimed Zimbabweans will miss his uncle despite thousands of people taking to the streets during his last days as they demanded his resignation.

“If you look at the current political leadership, it’s like having gone through a period under a leader who was meticulous and principled and then serving under anybody else will soil my track record,” he said.

“I also find it rather awkward for some leaders who want to blame President Mugabe yet when decisions were made, they were part of the collective.”

Zhuwao served as labour and social welfare minister under Mugabe’s last government. The dreadlocked 50-year-old was a key ally of former first lady Grace Mugabe and a member of the G40 group of younger ruling party officials who had been on the ascendancy just one month ago before the military stepped in to crush their political aspirations.