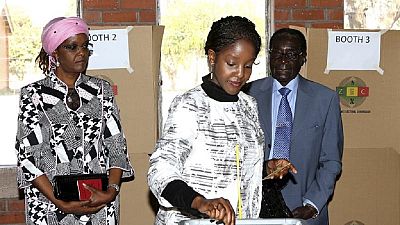 Bona Mugabe, daughter of immediate past president Robert Mugabe is in the media over what local media portal, News Day, says is a multi-million dollar home she is building in an upscale suburb of the Zimbabwe capital, Harare.

News Day reports that work on the mansion has stalled since Bona’s dad resigned his position as president after 37 years in charge.

The reports says work on the facility located in Umwinsidale suburb of Harare started in May this year but has stalled since Mugabe stepped down.

According to the newspaper, even though the Chinese developer seems to have withdrawn, a worker on the site denied it. There was, however, confirmation to the effect that machines had been withdrawn from the site by a sub-contractor.

The facility also remains under police protection and trespassing is forbidden. Bona is the eldest of Mugabe’s kids with his wife Grace.

Their other children are Chatunga and Robert Junior – the two boys were in the middle of the action when their mother assaulted a South African model months back. Grace Mugabe could only leave South Africa after she was granted diplomatic immunity.