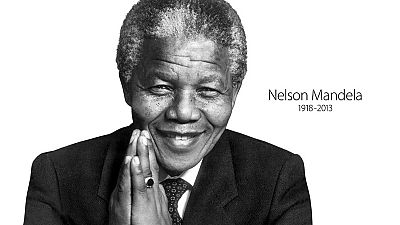 The head of South Africa’s anti-corruption watchdog, Busisiwe Mkhwebane has confirmed a R250‚000 payment into Eastern Cape Premier Phumulo Masualle’s private account was among a litany of irregular transactions made with money meant for Nelson Mandela’s funeral.

In a damning 300-page report‚ Mkhwebane has laid bare the details of how provincial and municipal officials went on a spending spree with money initially allocated for development in one of South Africa’s poorest provinces.

While Masualle did not benefit from the payment – he ordered that the payment be reversed – Mkhwebane has made it clear that the transaction was “was improper and constitutes maladministration”.

“This weakness was explored and capitalised upon by some service providers [who] took advantage of the situation and inflated prices. Some submitted invoices and were paid for goods and services‚ the delivery of which was not or could not be verified‚”

The provincial planning and treasury department instead opened a departmental account with a paycard for use by Masualle.

The funds were to enable Masualle‚ as one of the key hosts‚ to settle any costs related to the receiving of guests‚ side meetings that required special rooms and any other incidental costs whilst Masualle was in Mthatha for Mandela’s funeral.

The report states that it is not disputed that Masualle did not benefit from this transaction but found it inappropriate for state funds to be deposited into Masualle’s personal bank account.

Nelson Mandela died on December 5‚ 2013‚ opening the floodgates in the province for officials to spend R330-million diverted from the infrastructure development grant.

Mkhwebane said it was shocking that funds were paid‚ at inflated rates‚ to suppliers without verification of delivery of services or goods.

Almost R6-million was paid to Victory Ticket 750 cc for the transportation of mourners to Mandela’s memorial service but the actual number of people ferried could not be verified.

The public protector said that some of the payments‚ in one instance R10-million‚ were approved over the phone on direct instructions from the ANC and paid to suppliers.

Mkhwebane’s report also mentions t-shirts‚ at an exorbitant cost of more than R300 each‚ delivered to a taxi rank.

She noted that these funds‚ channelled to the Eastern Cape Development Corporation by the Eastern Cape provincial treasury‚ were meant for the provision of running water‚ electricity‚ sanitation‚ ablution facilities‚ replacement of mud schools and refurbishment of hospitals.

Mkhwebane said weaknesses – such as the lack of a proper coordinated plan for state funerals‚ the lack of an operational centre where daily meetings could be held‚ and the fact that the funeral was regarded as an emergency – resulted in massive unauthorised‚ irregular‚ fruitless and wasteful expenditure.

“This weakness was explored and capitalised upon by some service providers [who] took advantage of the situation and inflated prices. Some submitted invoices and were paid for goods and services‚ the delivery of which was not or could not be verified‚” she said.

Mkhwebane has directed finance minister Malusi Gigaba to request President Jacob Zuma to make a proclamation that the corruption-busting Special Investigation Unit investigate:- Unlawful appropriation or expenditure of public money;- Unlawful‚ irregular or unapproved acquisitive acts‚ transactions‚ measures or practices;- Intentional or negligent loss of public money by organs of state; with a view to instituting civil action for the recovery of the lost funds.