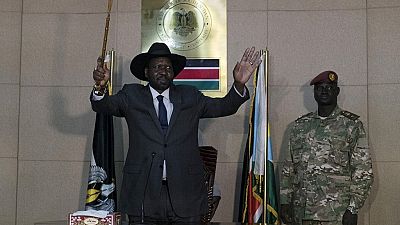 South Sudan launched a closed-circuit television (CCTV) and drone security system on Monday that officials said would help improve safety in the capital Juba where violent crime has spiked on the back of an insurgency.

Kfir Shilder, a project manager at Global Group, the Israeli company behind the project, said the surveillance system had 11 cameras installed in Juba and two drones. It would eventually be rolled out across the town.

« It will be safe for everybody residing in Juba », President Salva Kiir said at the system’s launch. « Those who snatch things…in the streets can now be traced, they cannot get away from their crime.”

It will be safe for everybody residing in Juba.Those who snatch things...in the streets can now be traced, they cannot get away from their crime.

Africa’s youngest nation has been gripped by a four-year civil war pitting forces loyal to Kiir and his former vice president Riek Machar. Fighting has killed thousands, displaced hundreds of thousands and battered the economy.

In recent months scores of people have been killed in Juba as robbers, sometimes wearing security uniforms, rampage through the town, snatching valuables and attacking homes at night.

Some Juba residents have collected cash to pay police unofficially to patrol their neighbourhoods.