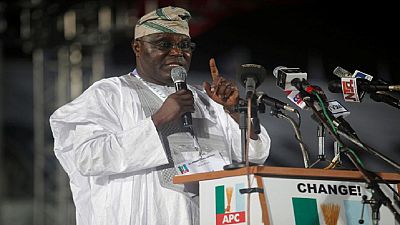 Abubakar is the first political heavyweight to signal a potential bid for the presidency, which could pit him against the 74-year-old Buhari. Buhari took power in 2015, but illness has kept him absent for much of this year.

Abubakar is prepared to run for president in 2019, a spokesman said last month when he left the APC. He did not indicate on Sunday whether he would try to become the opposition People’s Democratic Party’s (PDP‘s) presidential candidate.

Abubakar rejoined the PDP after four years because it has resolved its issues, he said, according to a statement on Sunday. He had left the PDP because he “believed it was no longer aligned to the principles of equity, democracy and social justice,” he said.

In Sunday’s statement, Abubakar criticised the APC for letting down the Nigerian people by failing to create a strong economy and jobs, especially for the young, with one quarter of 18-25 year olds unemployed.