Attack on mosque kills over 230 people in Egypt's Sinai region

Egyptian president Abdul Fatteh Al-Sisi has vowed a ‘brutal response’ to an armed attack on a mosque in the country’s Sinai region.

The attack which took place during Jum’ah (Friday prayers) has led to over 230 deaths and hundreds injured, the state broadcaster has reported.

The attackers are said to have detonated a bomb and subsequently shooting at fleeing worshippers and ambulance workers at the Al Rawdah mosque in Bir al-Abed, west of the city of El Arish.

It is considered one of the deadliest attacks in the region beset by Islamic State militants. The government has declared three days of mourning after a high level security meeting was held at the presidency.

The attack has received widespread global condemnation with Togolese leader Faure Gnassingbe and the Archbishop of Canterbury, Justin Welby, being the earliest to comment.

Militants have mostly targeted security forces in their attacks since bloodshed in the Sinai worsened after 2013 when Sisi, then an armed forces commander, led the overthrow of President Mohamed Mursi of the Muslim Brotherhood.

But jihadists have also targeted local Sinai tribes that are working with the armed forces, branding them traitors for cooperating with the army and police.

In July this year, at least 23 soldiers were killed when suicide car bombs hit two military checkpoints in the Sinai, an attack claimed by Islamic State.

Militants have tried to expand beyond the largely barren, Sinai Peninsula into Egypt’s heavily populated mainland, hitting Coptic Christian churches and pilgrims. In May, gunmen attacked a Coptic group travelling to a monastery in southern Egypt, killing 29. 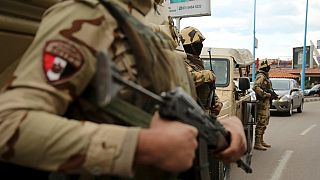 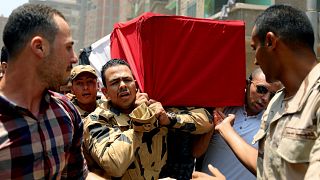 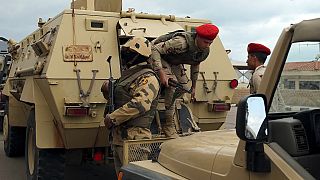 Egyptian military says it killed leader of IS in Sinai

Egyptian military says it killed leader of IS in Sinai