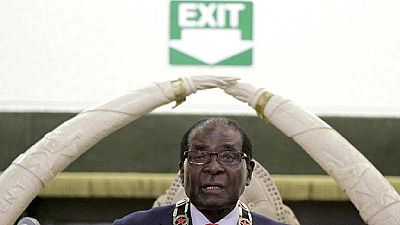 Robert Mugabe has finally resigned as president of Zimbabwe, a week after the army took over power and placed him under house arrest.

A letter signed by Zimbabwe’s only president since 1980 said the decision was voluntary. The Parliament confirmed receipt of the said letter and subsequently suspended impeachment processes.

Mugabe, 93, has been under intense pressure at home and from outside to step down after 37 years in charge but had previously refused.

Zimbabwe’s top general said on Monday that talks were planned between President Robert Mugabe and former Vice President Emmerson Mnangagwa. Mugabe’s firing of Mnangagwa was at the heart of the army’s takeover.

Earlier today, Zimbabwe’s ruling ZANU-PF resolved to bring a motion in parliament on Tuesday (November 21) to impeach Mugabe, after an earlier deadline expired for the besieged leader to resign and bring the curtain down on nearly four decades in power.

There has been celebrations across the southern African country after news filtered through that Mugabe had accepted to leave. The state-run Herald Newspaper that until recently was pro-Mugabe also confirmed the resignation.

My fellow citizens Robert Gabriel Mugabe has resigned. The journey has been long and hard but we did it. I can’t stop crying. The future beckons

You can step down like Madiba
Or you can “resign” like Robert Mugabe, says nkosi_milton of the BBCAfrica

You can step down like Madiba
Or you can “resign” like Robert Mugabe, says nkosi_milton of the BBCAfrica 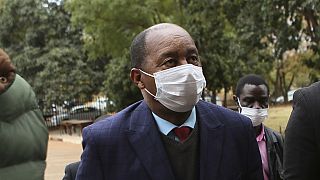