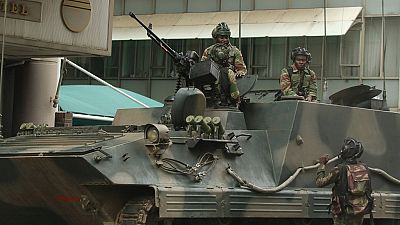 Embassies of the United States and the United Kingdom in Zimbabwe have issued security warnings to citizens. The U.S. also said the political situation had forced them to suspend visa operations for this week.

The U.K. Foreign and Commonwealth Office (FCO) said in a summary of its alert issued on Thursday November 16, 2017: “The political situation in Harare remains uncertain and there continues to be a military presence in and around the city.

“British Nationals should continue to exercise caution when travelling around the capital. You should avoid large gatherings and any demonstrations.

The U.S. government does not take sides in matters of internal Zimbabwean politics and calls for an expedient transition to democratic, civilian order.

The U.S. issued two statements the first expressing concern over the military’s takeover of political power adding that they remained neutral on the issue but were calling for an expedient transition to democratic, civilian order.

“We call on Zimbabwean military leaders to exercise restraint, respect the rule of law, uphold the constitutionally-protected rights of all citizens, and to quickly return the country to normalcy.

“The United States encourages all Zimbabweans to resolve differences calmly and peacefully through democratic, transparent and constitutional processes, with proper respect for human rights and fundamental freedoms, including freedom of expression through any media, in order to move past this current crisis and towards a more stable future,” the statement read in part.

Almost two days after the army announced that it had seized power from 93-year-old leader Robert Mugabe, the capital Harare was calm as Mugabe held talks with the army. Reports indicate that he is being asked to step down as leader to allow for transition into the post-Mugabe era.

The talks include Mugabe, the army, and delegations from the South African government and the Catholic Church. Citizens await an announcement from the meeting on the way forward even though the country has largely been peaceful since the army took over on Wednesday.

Events leading to the seizure of power – which the army insists is not a coup – started with the firing of former vice-president Emmerson Mnangagwa. A move deemed to have been carried out in the interest of getting First Lady Grace Mugabe to occupy that slot.

The army threatened to step in in the wake of what it said was a purge of persons key to the country’s revolution struggle. They were slammed across board for their treasonable stands but barely 24 hours later, they took over national TV, ZBC, and announced a takeover of power. 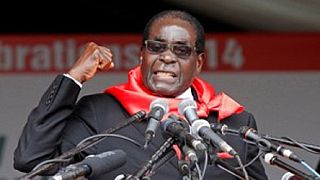