Separatists from Cameroon’s Anglophone region have killed four security forces in several attacks over the past few days, the government said on Saturday, an unprecedented violent turn to a movement that risks morphing into a full blown insurgency.

A government crackdown on the separatists has killed dozens of people since October and driven many into the arms of a once-fringe separatist movement ahead of presidential elections in 2018.

It followed on from demonstrations a year ago by English-speakers in the western region bordering Nigeria against what they see as a marginalisation by the mostly French-speaking government of President Paul Biya, who has been in power for 35 years. Only a minority want to secede, however.

The secessionists have been around for decades, but operated underground and had been largely non-violent until a few weeks ago.

A spokesman for the separatists acknowledged the latest attacks but disputed details of the government account, and said five security forces had been killed.

Referring to attacks earlier in the week, Tchiroma said assailants armed with machetes stormed a high school in the town of Jakiri on Tuesday. The separatists are disrupting schools that teach in French.

Gendarmes arrived on the scene to stop them, but one was killed in the resultant scuffle.

Tchiroma said he was “executed”, but Cho Ayaba, a leading member of the political wing of the separatist movement who lives abroad told Reuters in Dakar by telephone that he was killed in a firefight.

Then on Wednesday, in the restive city of Bamenda, another attack left a gendarme dead, Tchiroma said. Ayaba reported two deaths of security forces in that attack.

On Thursday night, insurgents killed a soldier in Bamenda by slitting his throat, Tchiroma said, and another female soldier guarding a bridge.

“As I speak, four members of the Defence and Security Forces on duty have been killed, murdered by terrorists on behalf of the secessionist movement,” Tchiroma said.

Ayaba contradicted that, saying that all of the deaths had occurred in shootouts, and that no one had had their throat slit.

“That’s absolute nonsense,” he said. “There was no physical contact.”

Cameroon’s language divide is a legacy of World War One, when the League of Nations split the former German colony of Kamerun between allied French and British victors.

Hundreds of Anglophone Cameroonians were swept up in mass arrests following demonstrations on Oct. 1, and at least 5,000 have fled the crisis for neighbouring Nigeria.

The crackdown, which included cutting the Internet, locking up opponents and using helicopter gunships to fire on civilians, and a lack of any political solution is fast transforming a protest movement into an armed rebellion.

“Cameroon soldiers are enforcing an occupation,” Ayaba said. “The only thing that will make us stop these attacks is if the regime withdraws … if they stop using the military to impose political exclusion and systematic terror on our people.” 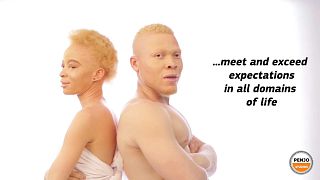