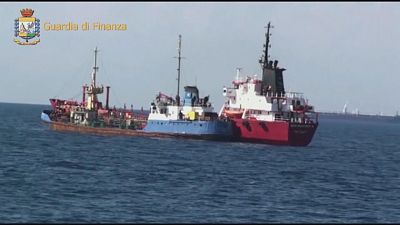 Italian police have broken up Libyan fuel-smuggling ring accused of trafficking €30 million euros’ worth of low-quality diesel into Italy and Europe and selling it at the standard price.

A Libyan, nicknamed the ‘boss’, and linked to the Sicilian mafia, used small boats to steal fuel from a refinery in Zawiya, a port city 40 kilometres west of Tripoli.

The fuel, stolen from Libya’s National Oil Corporation (NOC), was then transported through purposely modified fishing boats off the coast of Malta.

After being transferred onto oil tankers it was taken to the Italian port of Augusta in Sicily.

Carmelo Zuccaro, chief prosecutor of Catania, said “This oil contains less than one per cent of sulphur. It should be used for bunkering or the refuelling of ships. Instead it was distributed in petrol stations through this illegal network. Many of us might have bought it unwittingly, but clearly it is not petrol that should be used in our cars.”

Police, who for the first time used technology capable of listening in on satellite phones documented 30 voyages in which more than 80 million kilos of diesel was imported.

Six of the gang of nine have been arrested and an international arrest warrant has been issued for the other three, who are abroad.

One of the men arrested, Nicola Romeo, has been accused of being a member of the Santapaola clan of the Sicilian mafia, while the Libyan, Fahmi Mousa Saleem Ben Khalifa, is already in custody in Libya on accusations of fuel smuggling.

Another Italian man headed a seemingly legitimate company used to distribute the stolen fuel in gas stations in Italy, France and Spain.

The Italian company offered its diesel to distributors for up to 60 percent less than market prices.

Though the quality of the diesel, which was meant for ships’ engines, was of a lower standard than that used by vehicles in Italy, it was sold at the same price.

Fake certificates and a complex network of Maltese companies were allegedly used to hide the real origin of the product.

The police investigation followed a United Nations report, published in March 2016, which had highlighted the rapid growth of a petrol trafficking ring in Libya.