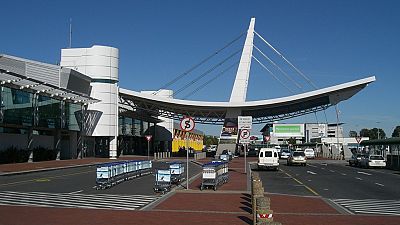 Operations at the airport, which is the second busiest in the country and a tourism hub, were not affected, police spokesman Vish Naidoo told Reuters, adding that the motive for the shooting was unknown.

“A man, about 50 years of age, was shot in a drive-by shooting and in the process a bystander, a 30-year-old man, was also hit,” Naidoo said.

The shooting took place in the early morning in a public area some distance from the airport’s security gates, Naidoo said.

Flights had not been affected, the airport’s general manager Deon Cloete said in a statement.

“The shooting scene has been cordoned off while investigations continue,” Cloete said.

Local media reported that the shooting was gang-related, but Naidoo could not confirm that was the motive.

The airport is Africa’s third busiest and handles around 10 million passengers a year, including tourists and businesspeople commuting to the economic hub Johannesburg.