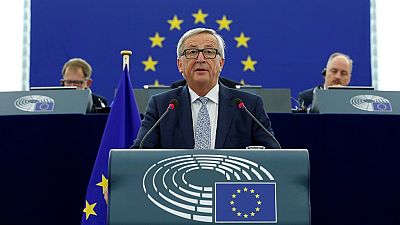 The European Union is seeking to reopen its embassy in Libya pending security conditions, officials said on Tuesday, offering further political support for the Tripoli government struggling to establish control.

EU leaders will announce at their summit in Brussels on Oct. 19-20 that they “encourage work underway to rapidly establish a permanent EU presence in Libya”, according to their draft joint statement seen by Reuters.

But the statement makes clear no such move is imminent as it would be conditional on improving the security situation on the ground.

The EU moved its mission to neighbouring Tunisia in mid-2014 as security worsened in Libya amid escalating fighting between rival factions since the 2011 fall of longtime leader Muammar Gaddafi, ousted by rebels during a NATO bombing campaign.

Of 28 EU states, only Italy, Libya’s former colonial master and still the most influential European state on the ground, has an embassy in the country, where the United Nations has officially recognised the government of Fayez Seraj.

The EU has also engaged increasingly with Seraj, especially as it sought Libya’s help in curbing the flow of African refugees and migrants, hundreds of thousands of whom have been boarding smugglers’ boats on the coast of the lawless state to cross the Mediterranean for Europe.

The bloc has financed, equipped and trained Libya’s border and coast guards, despite rights groups sounding alarm over grave abuses refugees and migrants suffer in Libya.