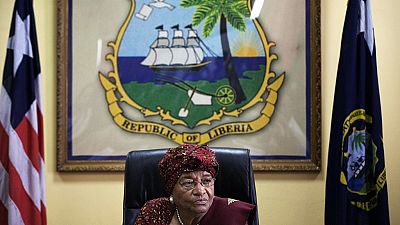 Liberian leader Ellen Johnson Sirleaf is already planning for life after her time serving as president of the West African nation.

According to the 78-year-old former joint Nobel Peace Prize laureate, she has plans in three major areas after handing over power to a successor – lecturing, farming and reading.

Sirleaf told South Africa’s Mail and Guardian in an interview that she plans to step away from local politics after stepping down. She disclosed that she was considering an offer of a fellowship from the Georgetown University in the United States.

Some of the things we did, some of the decisions we made was to ensure that the peace was there because only peace would have enabled us to be able to do what we needed to do, no matter how short it is of the potential.

The academic path is “to make sure I stay alert, intellectually alert, professionally alert,” – she also has plans for her farm, where she wants to spend more time.

She further disclosed plans to do lots of reading, something she told M&G’s Clarissa Sosin that she had failed to because of the exertions of being president. Beside reading Sirleaf says she will also take sleeping seriously.

Her reading preference she said was about publications by former presidents and political leaders because as she put it: “I want to be able to read all those books. And then compare their life story with mine, my experiences as president.”

Sirleaf came to office in 2006 taking over after Liberia’s civil war which ended in 2003. She became Africa’s first female president. Following after her was Malawi’s Joyce Banda. Sirleaf secured re-election in 2011 but Banda failed in her second term bid.

She prides her reign with the country’s return to peace and is on record to have tasked citizens to preserve and consolidate the peace gains.

“Some of the things we did, some of the decisions we made was to ensure that the peace was there because only peace would have enabled us to be able to do what we needed to do, no matter how short it is of the potential,” she added.

In 2011, Sirleaf was awarded Nobel Peace Prize along with Liberian activist Leymah Gbowee and Yemeni journalist Tawakkol Karman for ‘their nonviolent struggle for the safety of women and women’s right to full participation in peacebuilding work.’

She admits hurdles in the fight against corruption and also fends off accusations of engaging in nepotism with the appointment of her sons to top government positions. Liberians go to the polls on October 10 to pick her successor. There are 20 candidates in the race to take her place.

Under her leadership, the regional bloc mandated Nigeria’s Muhammadu Buhari to lead a mediation effort. In the end, Jammeh accepted to leave after separate talks with Guinea’s Alpha Conde and Mauritania’s Mohammed Ould Abdel Aziz.

Sirleaf has won lots of praise in that area for her efforts. According to most political watchers, ECOWAS effectively snapped The Gambia back from the brink of a political and security crisis. She handed over the chairmanship to Togo’s Faure Gnassingbe. 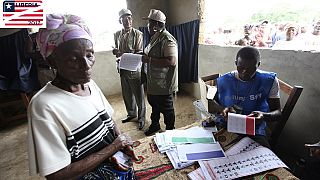 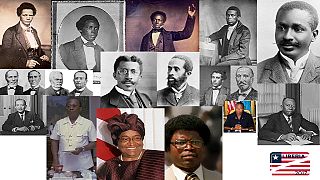 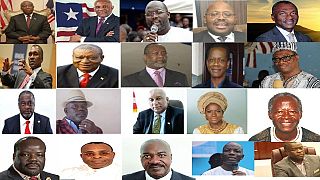