Plague spreading rapidly in Madagascar- WHO

The World Health organisation has warned that a deadly plague has been spreading rapidly since august in Madagascar calling for a quick action.

The infectious plague which is in a form of pneumonic has killed at least 24.

World Health Organization said it is worrisome because the disease is highly contagious and quickly causes death without treatment.

To avoid a further spread of the disease, the Government of the country has taken series of emergency measures on Saturday.

Some of the measures are the banning of meetings and public gatherings in major cities including the capital Antananarivo, .

The champions clubs cup for basketball for example was played behind closed doors and the players examined after the tournament.

In a statement on the national television channel, Prime Minister Olivier Mahafaly clarified that the decisions were provisional pending “The Evolution of Disease Control.”

According to the Pasteur Institute, the plague has affected nearly 40000 people in 24 African and Asian countries over the past fifteen years.

The health agency has released $250,000 from its emergency fund to get immediate action underway. It plans to appeal for $1.5 million to fully respond to the needs. 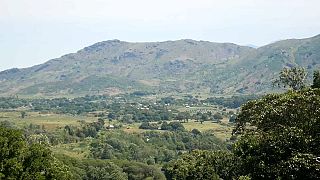