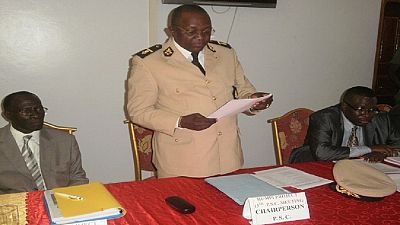 Authorities in the South West Region of Cameroon have restricted movement of people and vehicles and banned meetings from Friday to Monday.

The ban imposed by Governor Bernard Okalia Bilai affects the celebration of independence day in the region on October 1.

Among the regulatory measures announced on Thursday are the closure of all borders, bars, night clubs, parks and “prohibition of any public gatherings and assembly of more than four persons in any public location”.

He said the measures are intended to preserve public peace and guarantee security “following persistent threats of destabilization through manipulation by individuals acting from outside the national territory.”

This was followed by another ban on restriction imposed by the Senior Divisional Officer of the Manyu Province in the region, Oum II Joseph from Friday to Tuesday.

“All public meetings and manifestations are banned within the entire division with effect from Tuesday 26th September to Tuesday 10th October 2017,” he added.

The measures follow last week’s massive demonstrations in several English-speaking towns in the North-West and South-West Regions against the continuous detention of some of the inhabitants of the regions and independence from French Cameroon.

It started in Bamenda last Friday despite a ban on movement of persons imposed the night before by Governor Adolphe Lele Lafrique following a bomb attack that injured three police officers.

The demonstration spread to Buea in the South-West Region where women led the march with hundreds behind them carrying leaves, tree branches and flags of the Cameroon separatist movement.

It was the same scene in the towns of Fontem, Bafia, Kumba and Mamfe among others in the same region who are also demanding to be independent from French Cameroon.

Tensions are still high ahead of the October 1 independence day celebrations which risk facing demonstrations in the Anglophone regions.