Togo to vote in referendum on presidential term limits 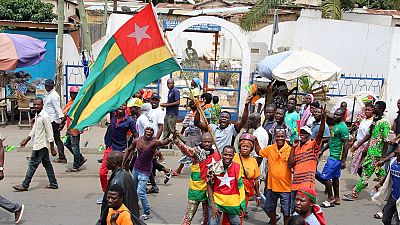 A bill to limit presidents in Togo to two terms of office will be decided by referendum after it failed on Tuesday to win approval from parliament due to a boycott by opposition lawmakers.

The boycott was called because the measure appears to exempt incumbent Faure Gnassingbe, who is already in his third term.

Gnassingbe’s family has ruled the small West African country for 50 years and frustration over the slow pace of reform there has spilled onto the streets several times since August, involving thousands and prompting U.N. calls for action.

Under the terms of the bill, he would be eligible for two further five-year terms that could leave him in power until 2030.

“They voted for a referendum but we don’t care. We’ll set the streets against their referendum,” said Pedro Amuzun, an official at the main ANC opposition party, which announced more protests on Wednesday and Thursday in the capital Lome.

All but one of the 63 lawmakers present in parliament backed the bill, but the boycott meant the vote fell short of the four-fifths majority needed to change the constitution.

The referendum was announced by parliament head Drama Dramani, who told lawmakers it would take place in coming days.

So far the protests have mostly been peaceful, although two people were killed by security forces in August, while hundreds died in demonstrations that followed the election in 2005 that brought the current president to power after the death of his father.

Gnassingbe’s opponents have been seeking term limits and other constitutional reforms since then, to align the former French colony wedged between Ghana and Benin with most of its West African neighbours.

With former veteran leaders such as Gambia’s Yahya Jammeh and Burkina Faso’s Blaise Compaore now living in exile, analysts say Gnassingbe may be getting isolated.

However, nearby states have so far stopped short of publicly criticising Gnassingbe, who currently chairs the 15-member regional West African bloc ECOWAS.

Lome has pretensions towards becoming a miniature Singapore and hosts offices of several multinational companies including Ecobank and airline ASKY.