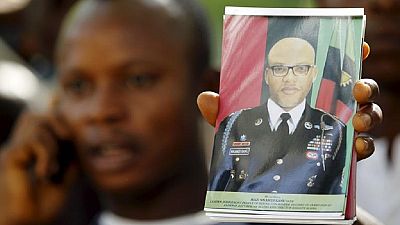 The Nigerian Army says last week’s labeling of separatist group, Indigenous People of Biafra (IPOB) as a terrorist group was more a pronouncement than a declaration.

The Nigerian Defence Headquarters on September 15 had said after an analysis of a set of actions undertaken by IPOB in recent months, “The Armed Forces of Nigeria wishes to confirm to the public that IPOB from all intent as analysed, is a militant terrorist organisation.”

But the country’s chief of defenses staff was on Monday quoted by local media portals as saying the move was a pronouncement in the interest of security in the restive region. “What the defence headquarters did was to make a pronouncement. It wasn’t a declaration per se.

What the defence headquarters did was to make a pronouncement. It wasn’t a declaration per se. But this has given room for the right step to be taken. I think the government is doing the right thing

“But this has given room for the right step to be taken. I think the government is doing the right thing,” Lt. Gen. Yusuf Tukur Buratai said.

The Army had over the weekend disclosed that the leader of IPOB, Nnamdi Kanu, was currently on the run. He reportedly went into hiding after the military’s declaration now turned pronouncement that IPOB was a ‘militant terrorist organisation.’

Before the latest development, Nigeria’s Senate President, Bukola Saraki, had faulted the army’s declaration declaring it as ‘unconstitutional,’ he was joined by other legal minds who kicked against the move.

Their argument bordered on the fact that it was not for the military but the government to so declare a body as a terrorist organization.

Aside the military, a forum of governors in the country’s South East also proscribed the activities of Kanu and IPOB. His whereabouts remains unknown till date.

The federal government has also filed a suit before the Abuja Federal High Court seeking the revocation of the bail granted to Mr Kanu, who is standing treason trial along with three other people.

Some sources hint that that Kanu might have gone underground and security officials are contemplating about following the legal process by holding his sureties responsible. 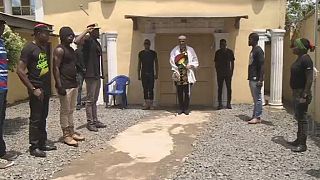 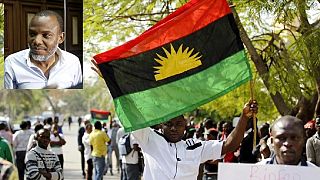 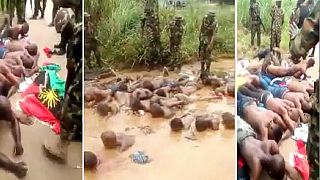