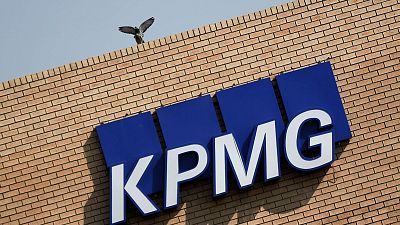 Global auditor KPMG cleared out its South African leadership en masse on Friday after damning findings from an internal investigation into work done for businessmen friends of President Jacob Zuma.

KPMG’s investigation into its work for the Guptas, accused by a public watchdog of improperly influencing government contracts, identified no evidence of crimes or corruption, but found that work done for Gupta family firms “fell considerably short of KPMG’s standards”, the auditor said in a statement.

In particular, it acknowledged “flaws” in a report that it compiled for South Africa’s tax service, which implied that former finance minister Pravin Gordhan had helped set up a “rogue spy unit” when he was head of the service.

Gordhan, subsequently sacked as finance minister by Zuma, said the report had damaged South Africa’s young democracy, and that he was considering legal steps.

KPMG became the third global firm to be damaged by work carried out for the Indian-born brothers after the business consultancy McKinsey and the public relations agency Bell Pottinger, whose British business collapsed this week.

Both Zuma and the Guptas deny wrongdoing and say they are victims of a politically motivated witch-hunt. The Guptas and their companies have not been charged with any crime, but the scandal is one of many that have dogged the Zuma presidency.

“I want to apologise to the public, our people and clients for the failings that have been identified by the investigation,” said KPMG’s new South African CEO, Nhlamu Dlomu.

KPMG said it would donate 40 million rand ($3 million) earned in fees from Gupta-controlled firms to education and anti-corruption groups, and refund 23 million rand it had received for the tax service report.

“I absolutely understand that ultimate responsibility lies with me,” Hoole said in a statement.

KPMG also plans to dismiss Jacques Wessels, the lead partner on audits of Gupta-linked firms, it said. Wessels did not answer a call to his mobile phone seeking comment.

The announcement stunned hundreds of KPMG staff crammed into an auditorium in its Johannesburg head offices and others listening in via video link from Cape Town and Pretoria.

“Everybody is just dumbfounded,” said one employee, who asked not to be named. “They’re obviously trying to show that responsibility stretches to the top. But right now I don’t think anybody knows what to think.”

Gordhan, one of the Guptas’ harshest critics, lamented the damage done to the credibility of the tax service, an institution that has been vital to South Africa’s stability and economic growth in the two decades since apartheid.

“Whilst there have been personal consequences, the real issue that confronts us is the significant damage to our hard-won democracy, to our state institutions and ultimately to the South African people,” he said in a statement.

Mmusi Maimane, leader of the opposition Democratic Alliance, called for a criminal probe into “state capture”, a term used to refer to the Guptas’ alleged undue influence over government decision-making.

“KPMG must be subject to a full investigation both locally and internationally,” he told Reuters.

The firm is under investigation by the IRBA, a South African regulatory body, and could be removed from the auditors’ register, an outcome that would have a devastating impact on its African business.

The three Gupta brothers, Atul, Ajay and Rajesh, came to South Africa in the early 1990s and built a commercial empire stretching from computers to mining and media.

The family has employed Zuma’s son Duduzane as a director of one of its subsidiaries. The brothers have rejected the public watchdog’s accusations of corruptly influencing Zuma.

On Tuesday, the British arm of Bell Pottinger folded after clients deserted it because of a backlash over a racially charged political campaign it had run for the Guptas.

McKinsey is also being investigated by South Africa’s parliament over whether it knowingly let funds from the state power utility Eskom be diverted to a Gupta company as a way of securing a $78 million contract to advise Eskom.

McKinsey is carrying out its own investigation, but has denied wrongdoing.

The Gupta scandals have piled pressure on Zuma and opened rifts in the African National Congress, the party that has ruled since the end of apartheid in 1994. It is due to elect a new party leader in December.