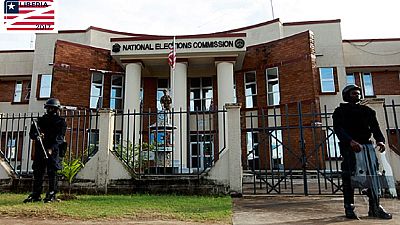 Liberia held its second election debate ahead of the October 10 presidential election which will be contested by 20 candidates including one woman.

Two candidates withdrew from the race leaving the 20 who are actively campaigning to secure enough votes to replace outgoing President Ellen Johnson Sirleaf.

The second presidential debate held last Saturday at the town of Tubmanburg in the Bomi County was participated by only nine aspirants.

Let's not forget, we do have a gay and Lesbian community here in Liberia; they are our children. Now it is up to the church to work on the moral and ethical issue of our people.

The nine aspirants laid down their plans for the Liberian people if elected into office. They discussed issues including same-sex marriage, education, healthcare, economy and job creation.

On the subject of same-sex marriage, they all agreed that it was illegal in Liberia and maintained that they will not support any legislation that will change the country’s position on same-sex marriage, local media portal daily Observer reports.

However, the only female candidate MacDella Cooper said the gays and lesbians in Liberia should be protected by allowing them to enjoy their human rights as stipulated by the constitution.

She also called on churches to do its work in ensuring that the moral fabric of the society is upheld.

“Let’s not forget, we do have a gay and Lesbian community here in Liberia; they are our children. Now it is up to the church to work on the moral and ethical issue of our people,” she said.

The debate is a follow up of the first debate held in August which saw only four candidates out of the six invited aspirants attend.

Those who made it to the debate included Vice President Joseph Boakai of the ruling Unity Party (UP), Charles Brumskine of the Liberty Party (LP), Alexander Cummings of the Alternative National Congress (ANC) and Benoni Urey of the All Liberian Party (ALP).

The absent candidates were George Weah of the Coalition for Democratic Change (CDC), and the former governor of the Central Bank of Liberia Dr. J. Mills Jones of the Movement for Economic Empowerment (MOVEE).

The October 10 elections will also see 986 candidates standing for 73 seats in the House of Representatives.

2,183,683 people out of the country’s 4.6 million population have registered to vote. There are 5,390 voting centers across the country in 2080 voting precincts.