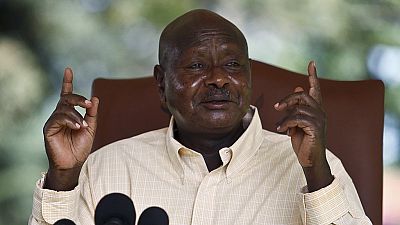 Uganda is launching a drive against online pornography that critics condemn as a diversion from deeper problems of graft, unemployment and crumbling social services facing President Yoweri Museveni.

The campaign is the latest salvo in a culture war between conservatives fighting what they see as foreign moral influences promoting criminality and a more liberal, often younger population.

“This is an invasion, it’s Western culture,” said Simon Lokodo, a 59-year-old Catholic priest who serves as minister of ethics and integrity.

“Over consumption of pornography … the consequences are very dire,” he told Reuters this week.

The government had released 2 billion shillings ($556,000) to his office to combat online pornography. Some money would go to pornography-blocking software, he said.

Some Ugandans expressed anger at the cost of the ban, saying it served only to divert public attention from failures of President Museveni’s government. Critics of Museveni, who has ruled for 31 years, say he presides over widespread corruption and human rights abuses.

Parliament is considering a removing a constitutional age cap to allow Museveni to serve longer. He is also widely considered to be grooming his son, a presidential adviser and the former commander of an elite military unit, to succeed him.

Andrew Karamagi, a rights activist and lawyer in Kampala, said he could not understand government obsession with “what people watch, who sleeps with whom, how and when”, while it struggled to fund social services such as hospitals and schools.

Uganda’s only radiotherapy machine broke down last year and hasn’t been replaced due to funding shortages. Drug shortages are common in public hospitals where and in dilapidated public schools poorly-paid teachers often don’t show up for class.

“The regime … does not have the moral authority to combat pornography,” Karamagi said. “They are themselves an obscenity.”