Images from the Togolese capital, Lome, shows hundreds of thousands of citizens have turned out for the latest round of anti-government protest called by main opposition parties.

An opposition leader, Jean-Pierre Fabre is quoted as describing the turnout as ‘unprecedented.’ Spokesperson for international rights group, Amnesty International put the figure at 100,000 according to AFP.

A key activist Farida Nabourema even pegged estimates at a million people. The turnout comes despite two key actions by the government on Tuesday evening.

Mobile internet was blocked particularly affecting social media networks – Whatsapp and Facebook. Wi-Fi access was available till Wednesday afternoon when it was also shut down.

The government also initiated a cabinet decision to address a key section of the protesters demand, to place a limit on presidential term limits. Despite the move, politicians and activists say it is a ploy by Faure Gnaissengbe to buy time.

Photos making the rounds on social media show people trooping from other parts of the country to join the protests whiles others also held protests in major towns.

We told you that by killing 7, all the 7 millions will rise. Faurevi it's time to go. #Togo wants freedom. #Togoviwofon Smith_JeffreyT pic.twitter.com/uzRzlBTnDy

“Leave, leave, leave.
Leave the seat. The seat is not yours.” #Togo youths chant as they are rallying to the protest ground #TogoDebout pic.twitter.com/akYgRMdqiT

This is nothern city of #Bafilo in #Togo inhabited by 25,000 people. But look at the crowd. Even the smallest towns joined the revolution pic.twitter.com/MggScBwuon 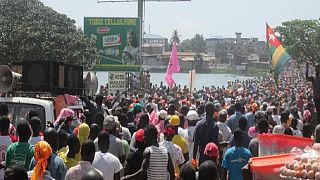 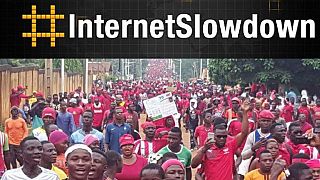 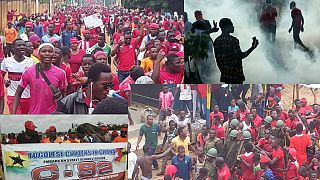