We’ve taken a preview on the fixtures.

Cameroon maybe be the reigning champions but, the team had to break through a lot of noise to take the honours, more reason to congratulate them. The country’s troubled Cameroon football federation has been in wrangles since 2015.

This crisis has now prompted world football governing body FIFA set up a “normalisation committee” to run FECAFOOT’s daily affairs, draft new statutes and organise elections for a new executive committee by the end of February.

Ajumane Akame joined us in this week’s episode to give us a lowdown on the current state of affairs in the land of Makossa and Bikutsi!

With only just four months to go to the 5th edition of CHAN expected to be hosted in Kenya, concerns have continued to be raised on the country’s readiness to host the tournament.

The Confederation of African Football, CAF had given Kenya until the end of August to demonstrate their preparedness but only one venue, that’s the Kasarani Stadium has been given a clean bill of health. We speak to Amos Abuga, a sports journalist in Kenya to shed some light on what’s developing concerning that in the East African nation.

The writing’s on the wall for the 2017/18 UEFA Champions League and the UEFA Europa League after the full draws were conducted last week. The draw has thrown up some fascinating fixtures, eagerly-awaited reunions and intriguing rematches os only 2 teams out of 32 will be seeking a ticket to the final in Olympiyski Stadium in Kiev, Ukraine on May 26 2018.

The final for the Europa League will be held in Stade de Lyon, in France on May the 16th. We take a preview on the groups.

Finally, Qatar is already showing off it’s architectural knack ahead of the 2022 World Cup. The pictures are worthing taking a look at. 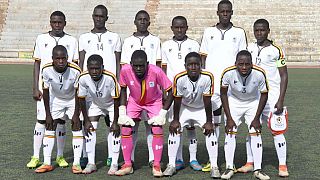