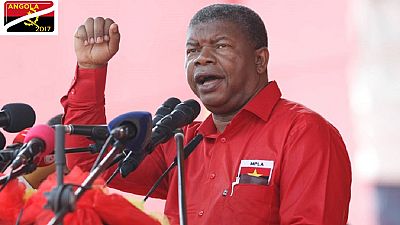 The ruling People’s Movement for the Liberation of Angola (MPLA) party says its victory is being consolidated after Wednesday’s general elections.

The party’s political bureau secretary João Martins told journalists on Thursday at the party headquarters in the capital Luanda that their victory is “unmistakable and practically unavoidable”, Portuguese news website Publico reported.

“The victory of the MPLA is consolidating in numerical terms and we believe that in the next few hours we can start announcing the numbers expected by the citizens,” João Martins said at the end of a meeting with MPLA candidate João Lourenço.

He added that they are in the lead per preliminary results obtained at the polling stations by their delegates.

The victory of the MPLA is consolidating in numerical terms and we believe that in the next few hours we can start announcing the numbers expected by the citizens.

“The MPLA is confident, more and more confident, and now more certain after our preliminary assessment of the results sent by our delegates to our campaign coordinating center. They [results] are under consideration by the party leadership,” he said.

“What we have to say is that we must calmly await the results that will be released by the competent institutional bodies, namely the CNE,” he added.

Three provinces did not vote on Wednesday due to a delay caused by bad weather and the recent crash of a helicopter that was transporting election materials, the electoral commission said.

The provinces are Benguela, Lunda Norte and Moxico and they consist of 15 polling centres. They will vote on Saturday, the CNE added.