Africa’s richest man has rekindled talk about a possible takeover of English Premier League side, Arsenal. He will become the first African to buy an English club.

In a wide ranging interview with the Bloomberg news portal, Aliko Dangote said he will be in a good position to decide on that ambition after his private refinery located in Nigeria’s commercial capital, Lagos, is completed.

Responding to whether major stakeholder Usmanov and Kroenke will sell their shares in the London club, Dangote said: “When we finish the refinery, I think we will be in a position to [present them an offer that makes them consider walking away], adding “If they get the right offer, I’m sure they’ll walk away.

The first thing I would change is the manager. He has done a good job, but someone else should also try his luck.

His first move after a takeover if it does happen will have to do with the managerial post currently occupied by Frenchman Arsene Wenger: “The first thing I would change [if I become #AFC owner] is the manager. He has done a good job, but someone else should also try his luck,” he added.

He also disclosed plans by the Dangote group to extend its global footprints in the United States and Europe with up to $50bn investments.

Excerpts of the interview bordering on his overseas investments is reproduced below:

Bloomberg: So do you think you’ll ever get into renewables?

Aliko Dangote: We will get into renewables, of course, but we’ll try and partner. Beginning in 2020 our major investment will be in the U.S. and Europe.

Bloomberg: And that will be in renewables?

Aliko Dangote: I think renewables is the only way to go forward, and the future.

Bloomberg: How much do you intend to invest outside Africa?

Aliko Dangote: Beginning in 2020, 60 percent of our future investments will be outside Africa, so we can have a balance.

Bloomberg: Where outside Africa will that investment be concentrated?

Aliko Dangote: Mostly in Europe and the U.S., but we can also invest in Asia, in Mexico.

Bloomberg: What businesses other than renewables?

Aliko Dangote: We are looking at petrochemicals but can also invest in other companies. We must believe in the management and what they are doing. But the priorities are here for now. In 2020 the priorities will change, and we’ll diversify because we will have the cash to divest.

Bloomberg: How do you think it will go over with the people in those countries?

Aliko Dangote: The market is already big. It’s a big fight. Big enough for everyone. We will not go alone. We will have partners, too. Having partners there makes a lot of sense.

His main investment has been in cement production. He has diversified into agriculture and has entered oil and petrochemical business.

‘‘But buying Arsenal will take the Nigerian flag worldwide. Just like whenever Abramovich is mentioned, the name of his country, Russia comes up. Everyone knows he’s Russian,” Dangote had said. 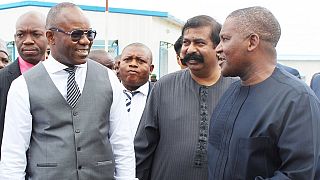 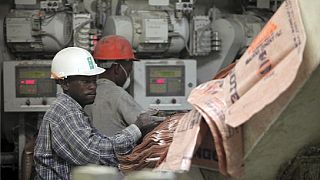 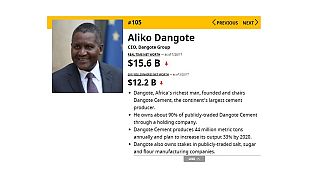