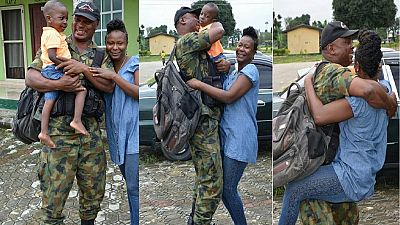 The Nigerian Army on Thursday shared photos of how a Boko Haram combatant surprised his family by returning from the battle field unexpectedly.

The Army said the rotation of troops who had overstayed in the northeast fighting Boko Haram insurgents was part of a routine to share the responsibility of fighting terrorism in the country.

An Army statement said for starters: “soldiers of 29 Battalion based in Port Harcourt, have been rotated and returned to their main unit.” One soldier in particular is shown in a cheerful mood with his family. 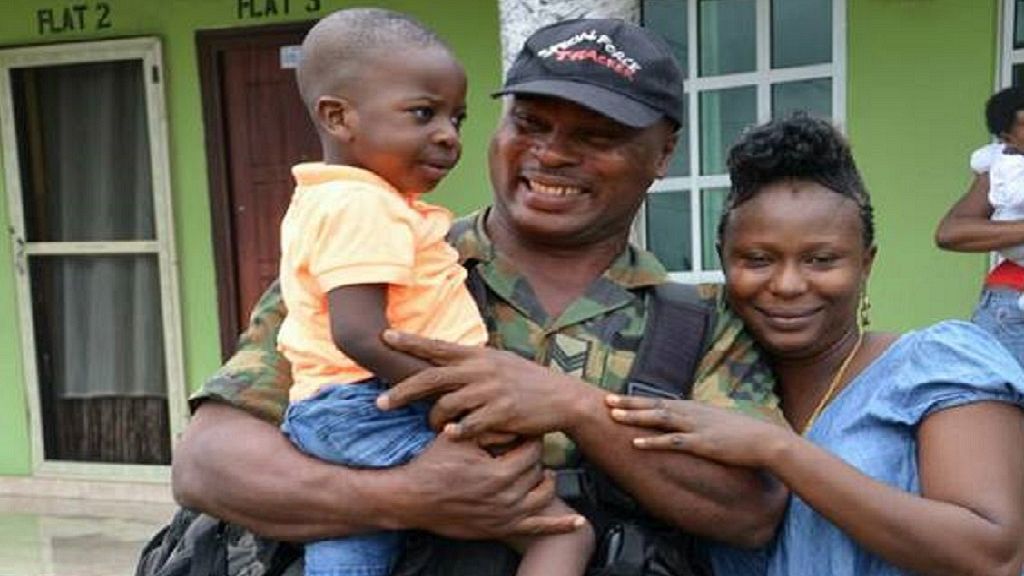 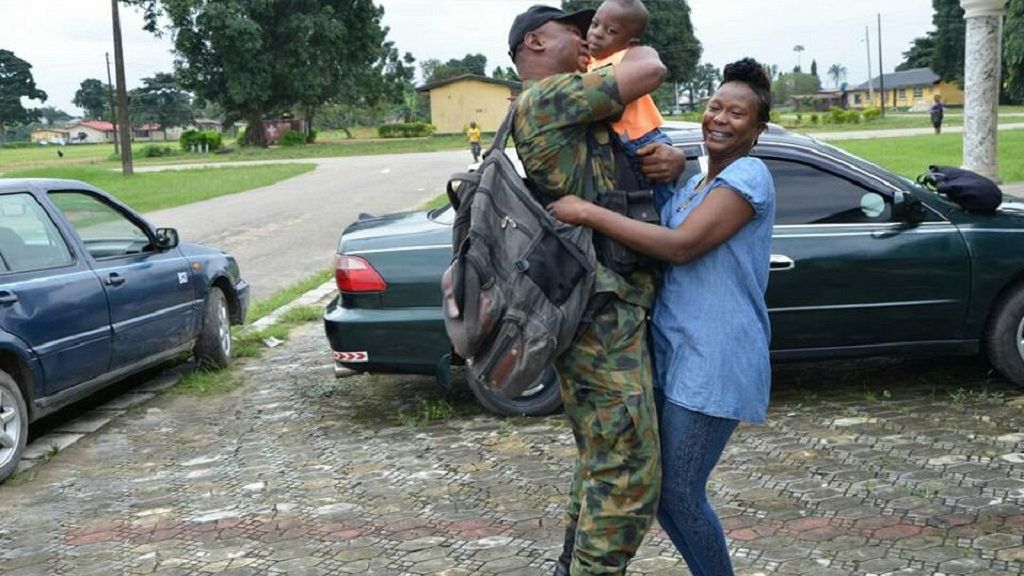 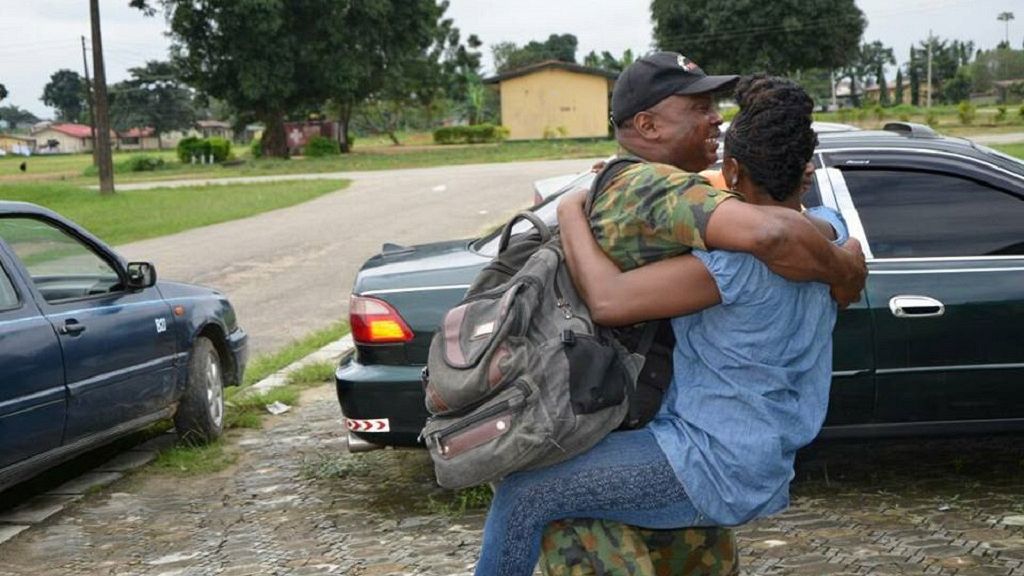 Nigeria continues to lose men in the fight against Boko Haram. Even though the terrorists can hardly stage audacious attacks, they continue to engage troops in occasional exchanges leading to casualties on both ends.

One of the biggest issues raised by soldiers in the frontline has been their welfare and that of their families. It has often led to resentment among troops – but has almost always been quelled by the army.