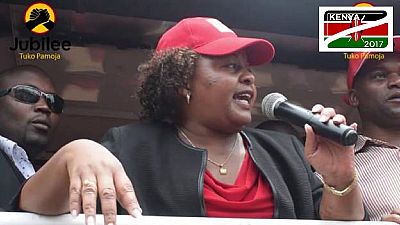 The gender gap in Kenya’s elections was huge with no woman in the presidential race. Nine female aspirants for the governorship role as against 201 men.

But it is in the governorship race that Kenyan women and activists can celebrate because the East African giant will for the first time have a female governor.

50-year-old Anne Waiguru is all but set to be governor of Kirinyaga county located in Central Kenya. Local media portals are reporting that two other women are also in line to win in their respective races in Bomet and Kitui counties.

For women, people get personal...they go to a place where I think they shouldn't go. They brought my children into it.You see the strain on the family, and financially it's unbelievable.

Official gubernatorial reports from the Independent Electoral and Boundaries Commission (IEBC) shows her in an unassailable lead with just nine of the 659 polling station results yet to be collated.

The breakdown of male vs female candidates in Kenya’s elections via uchaguzi #KenyaDecides pic.twitter.com/UFQrFn1vEK

She was nominated in 2013 as Kenya’s first Cabinet Secretary in the Ministry of Devolution and Planning. She run on the ticket of the ruling Jubilee Party – whose presidential candidate – incumbent Uhuru Kenyatta is currently leading his main rival Raila Odinga.

An elated Waiguru told a BBC correspondent how happy she was at the impending victory especially given how tough the campaign had been. “It’s exciting! God vindicates. For those who don’t believe, there is a God.

“I will not cheat you. It is so tough! No wonder women don’t stand. I came very close to quitting. For women, people get personal…they go to a place where I think they shouldn’t go.

“They brought my children into it.You see the strain on the family, and financially it’s unbelievable. We’ve broken the ceiling. We hope our daughters will be brave enough to step out,” she added.

The Kirinyaga seat was set to go to a female because her closest rival turned out to be another female aspirant Martha Wangari Karua of the NARC-KENYA party who has 40.79% of votes as against Waiguru’s 54.09%.

Kenya is administratively broken into counties – there are 47 of them – each led by an elected governor. The counties are geographical units created by the 2010 Constitution of Kenya as the units of devolved government. 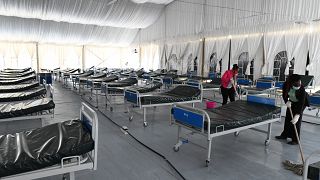 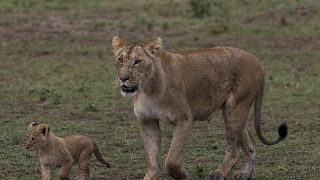 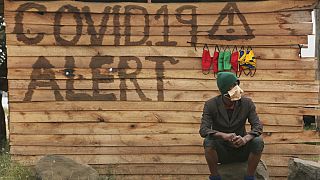