Egyptian journalist released after two years in detention without trial 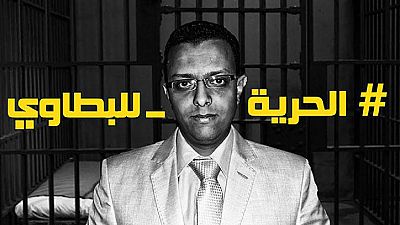 Egyptian journalist Al-Akhbar Mohamed El-Battawi, arrested in 2015 on suspicion that he is a member of the outlawed Muslim Brotherhood has been released.

According to local media Ahram Online’s report on Tuesday, the state-owned newspaper journalist was released because he had exceeded the maximum two-year period of detention without trial.

Many journalists are in Egyptian prisons with several charges which human rights groups and activists have described as repression.

Muslim Brotherhood has been classified as a terrorist group by the Egyptian government since 2013.

Thousands of its members have been detained and hundreds sentenced to death including former Egyptian president Mohamed Morsi who was deposed in 2013 by army chief General Abdel Fattah el-Sisi.