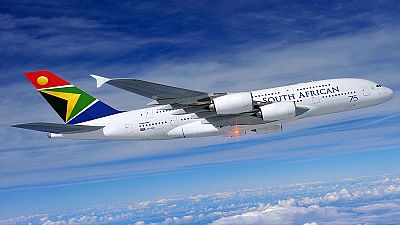 The South African Airline is on the verge of bankruptcy according to a report read in the country’s parliament. The report indicates that the airline might soon not be able to pay salaries to its workers.

The company has been running at a loss for the past seven years according to the acting chief executive Musa Zwane.

Last month, the treasury paid a loan from the Standard Chattered bank amounting to £125m after the bank had refused to extend.

The airline is now asking for £560m to recapitalize.

A team commissioned by President Jacob Zuma to review state firms last year recommended that some should be sold. Now the government has set a date, March 2018, by which to roll out a “private sector participation framework”.

South Africa’s economy entered recession for the first time since 2009 in the first quarter and is also struggling with high unemployment and credit ratings downgrades.