Kenya's EC staff to get protection after official's gruesome murder 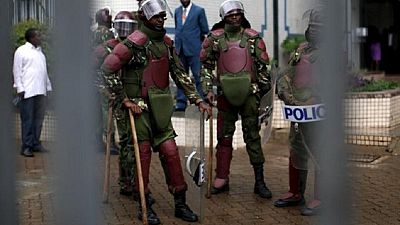 The Inspector General of Police Joseph Boinnet announced the arrangement in a statement on Monday evening after a request by the Independent Electoral and Boundaries Commission (IEBC).

Chris Msando, the election board’s head of information, communication and technology, was tortured before he was strangled to death, an autopsy proved.

He oversaw the live transmission of election results, a contentious area that the opposition has said could be used to rig next Tuesday’s presidential and parliamentary polls.

Police found his body and took it to the mortuary on Saturday, officials said. The election board announced his death on Monday.

Msando’s body had deep lacerations on his hands and arms and he had been “unmistakably” tortured, an official at the commission told Reuters.

A woman who had been shot in the head was found next to him, the official said, without identifying her.

Authorities did not say where he was found or suggest a motive.

IGP Boinnet said investigators were following “certain crucial leads” that could lead to the arrest and prosecution of Msando’s killers.

Protesters marched on the offices of Kenya’s election commission on Tuesday, demanding a speedy inquiry into the murder of a senior official that has raised fears over the legitimacy of next week’s national vote.

The United States and Britain have offered to help Kenya investigate the murder.