Latest jail break in DR Congo: One dead, 20 others escape 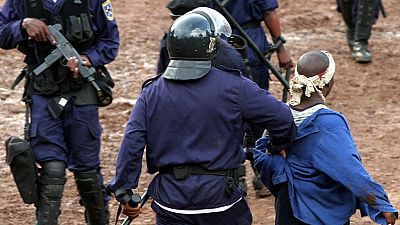 At least one person was killed and about 20 inmates escaped in a prison break in Bukavu in the east of Democratic Republic of Congo on Friday, the city’s mayor said.

It was at least the sixth such incident in Congo since May and underscores how lawlessness has spread since President Joseph Kabila refused to step down at the end of his mandate last December.

The inmates escaped after an unidentified person threw a grenade inside the prison, Mayor Philemon Yogolelo told Reuters. A visitor to the prison was killed and four others wounded when prison guards opened fire to try to stop the mass escape.

The guards are right now counting the prisoners to know if the number of fugitives needs to be adjusted.

“The guards are right now counting the prisoners to know if the number of fugitives needs to be adjusted,” Yogolelo said. The prison population is ordinarily around 1,000.

About 4,000 inmates escaped the capital Kinshasa’s main high-security prison in May after an attack the government blamed on a separatist sect. Another 930 broke out of a prison in the northeastern city of Beni the following month.

Deteriorating security, including an insurrection in central Congo that has killed more than 3,000 people since last August, has led some of Kabila’s allies to call on him to decree a state of emergency.

In North Kivu province, also in the east, a local self-defence militia overran the town of Mabuo earlier this week, killing a soldier, the administrator for the province’s Lubero region, Joy Bokele, said on Friday.

A local monitoring group, the Centre of Study for the Promotion of Peace, Democracy and Human Rights, said the militiamen also took about 100 villagers hostage. Bokele said he could not yet confirm that information.

Kabila has ruled Congo, a vast tinderbox of rivalries over mineral rights and ethnicity, since 2001. His refusal to quit power has raised fears the country could relapse into the civil wars of the turn of the century that killed millions.