Liberia tasked by U.N. to deliver 'credible and transparent' 2017 polls 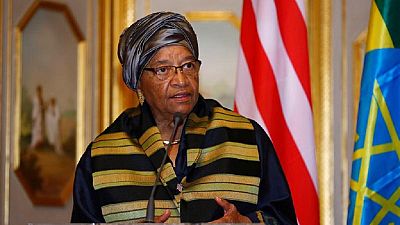 The United Nations (U.N.) Security Council, has called on stakeholders in Liberia to ensure that upcoming presidential polls are ‘free, fair, credible and transparent.’

The 15-member Council tasked the government to put in place an election security plan for the October 2017 elections which will see a transfer of power from Ellen Johnson Sirleaf to a new leader.

The statement also commended the government and its forces who are currently in complete charge of the security after the U.N. team exited in June last year. They also called for the full participation of women in the upcoming process.

The Security Council encourages the Government of Liberia to accelerate its accountability and transparency efforts to bolster public confidence in advance of elections and transfer of power.

They also touched on the need to speed the process of accountability and transparency in order to consolidate the gains made since the last civil war that ravaged the West African country.

“The Security Council encourages the Government of Liberia to accelerate its accountability and transparency efforts to bolster public confidence in advance of elections and transfer of power,” the statement read.

It also called for the need for government to honour its commitment to support the passage of two key bills that will positively impact on peoples lives and to avert the causes inequalities that could create dissent and conflict.

Farid Zarif, head of the United Nations Mission in Liberia (UNMIL) recently said the country’s democracy is tied to the success of upcoming elections.

He was addressing the United Nations Security Council (UNSC) on the situation in the west African country and plans by UNMIL to help consolidate the democratic gains chalked over the last decade.

On October 10 this year, Liberians will go to the polls for the third time after the last civil war to elect a successor to incumbent Ellen Johnson Sirleaf and also elect new members for the House of Representatives.