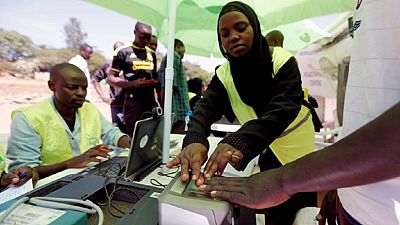 Kenya’s electoral commission has warned against a shutdown of internet connection during the August 8 elections which could affect their operation.

The Independent Electoral and Boundaries Commission (IEBC) said at a press conference that the body relies on electronic data transmission and web portal to relay, announce and display election results.

This follows a concern raised by a journalist over a possibility that the government might decide to shut down the internet and social media platforms, local media Daily Nation reported.

The IEBC assured the public that their machines are secured and cannot be compromised.

Electoral Commissioner Roselyne Akombe said the commission has sought help from global technology firms including Oracle, Dell, and IBM to help counter any attempt to infiltrate its systems.

Impact of internet shutdown on the economy

Some governments around the world including over a dozen from Africa adopted the tactic of shutting down electronic communications including internet connection for political reasons and to control their citizens online.

According to research conducted by the Brookings Institution, 81 short-term internet shutdowns that occurred in 19 countries between July 1, 2015 and June 30, 2016 cost the global economy at least US$2.4 billion.

Among the countries are Morocco, Republic of Congo, Algeria, Ethiopia, Uganda and Libya. Most of these countries shut down the internet during their elections including Burundi, Egypt, Sudan, the Central African Republic, Niger, the Democratic Republic of Congo and recently The Gambia.

If Kenya goes this way on election day August 8, 2017, its economy will lose about a million dollars.

Eight candidates are contesting in the tensed election that has two favourites – President Uhuru Kenyatta of the Jubilee Party and Raila Odinga of the National Super Alliance (NASA).