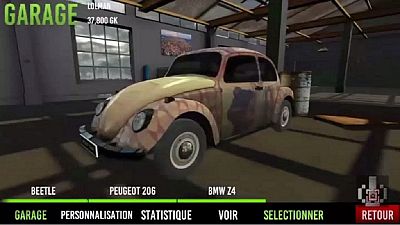 In Madagascar’s capital Antananarivo, there is a new gaming sensation that has taken hold of its residents.

Conceptualized and locally created, gamers are all praises for it.

“What I like is that the circuits are all in Madagascar,” said a gaming enthusiast.

Developing the game known as Gazkar took about two years. A team of ten graphic designers, programmers and designers worked on the game’s design.

It is available on smart phones free of charge.

“We have modeled 26 vehicles which are all customizable. We can change the body work, and the horsepower. For example for 2CV, 4L can be used. There is also a multi-player mode where all the players wherever they are globally can compete online”, said Matthew Rabehaja, Co-Founder, Lomay Studio.

Despite the success the creators have had, they have encountered a number of challenges including lack of adequate funding and the high costs of data in the Island nation.

“In Madagascar we pay an equivalent of 80 euros for only 50 GB, which is not even unlimited. It also happens that power blackouts are frequent and this can happen up to 8 hours in a day which really curtails our productivity,” said Tsilavna Razafinirina, Co-Founder, Lomay Studio.

With this video game, Madagascar is challenging the status quo in the $100 billion global gaming market dominated Japan, China and the US.