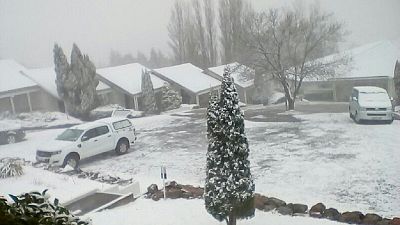 Parts of South Africa experienced snowy conditions over the weekend. The country’s meteorological agency had announced that snow fell in mountainous areas of the Western and Eastern Cape on Sunday.

The cold fronts that brought the snow went as low as 1,200 to 1,400m above sea level, as a result, the Table Mountain which is about 1,085m above sea level also experienced the snow.

“The Western Cape and Northern Cape should brace for very cold maximum temperatures, <10°C in places, with a general decrease in temperatures expected across the rest of the country,” says SAWS Chief Forecaster Ezekiel Sebego.

He, however, cautioned that with the snow, there was likely to be disruptions in traffic, adding that mountain passes in the affected areas could be closed for safety reasons. Conditions are expected to return to normal later on Monday (July 17.)

A portal dedicated to reporting on snow, Snow Report South Africa, continued to share materials from people who were experiencing the snow. They shared videos and photos as did other social media enthusiasts who were caught up in the snow.

Snowing on Table Mountain! Thanks for the video Gavin Dandridge ❄ #CapeTown pic.twitter.com/JxQSTbH6k2

Lots of snow in Oudtshoorn and the Klein Karoo – Katy Porter pic.twitter.com/DBqIXAGY4r 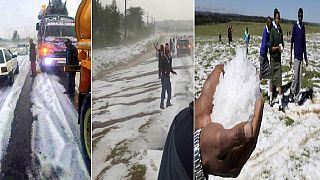 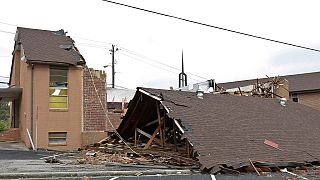